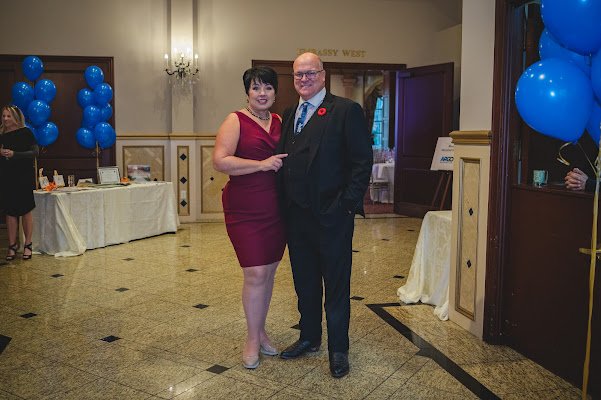 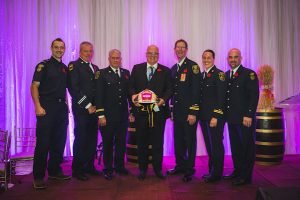 Photo above: Caledon Mayor Allan Thompson at last Thursday’s retirement celebration along with his wife Anne

On Thursday November 3rd over 450 people gathered at the Royal Ambassador Centre in Caledon for a retirement celebration for Mayor Allan Thompson.

The venue was filled with former Caledon Mayors and Mayors from neighbouring municipalities, current and former Councillors, representatives from other levels of government, and hundreds from the community organizations, businesses and all walks of life that felt the influence of Thompson’s almost 20 years of public service. 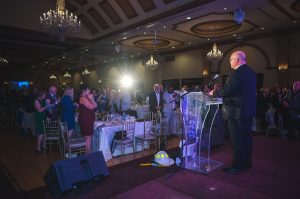 I’m a firm believer in service to the community and in 2003 after a lifetime of Caledon community volunteer service, I decided to put my name on the ballot for municipal council.

But in doing so it came with a couple of promises to my family—including the promise to make a difference in our community.

As my almost two-decades of public service and my second term as Mayor comes to an end there are many projects and initiatives our collective Councils have achieved over that time for which I am truly grateful, among them:

Specifically during my two terms as Mayor there were three key priorities that I worked as hard as I could to achieve for our Town:

Despite the global pandemic, as my final term comes to an end:

As I prepare to hand the torch to the new Mayor and Council I can say with all sincerity that I know we have done a good job in preparing Caledon for a bright future.

On November 15th as I retire from public office and on to what will come next, I am incredibly proud of everyone on our Caledon team—Councils, staff, our business community and volunteers—everyone who has worked with me to realize these priorities.

Thank you for the memories,