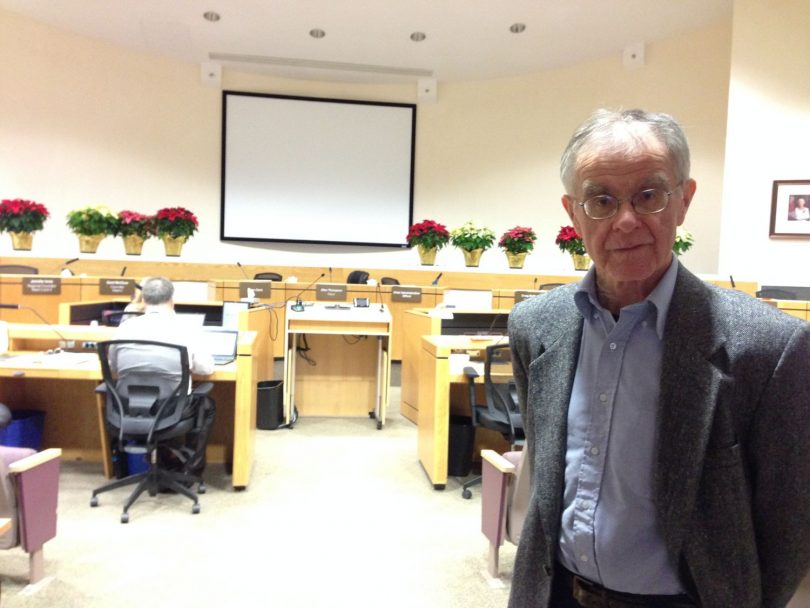 The following is a transcript of a delegation by Dan O’Reilly to Town of Caledon Council on December 8, 2015

Good morning Mayor Thompson and members of council and thank you for the opportunity to speak to you.

In October I appeared as a delegate to the Brampton Heritage Board seeking the board’s support for some form of signage, perhaps even a commemorative pavilion, which would acknowledge the presence of the West Humber River in Wildfield.

That is also the reason for this delegation—to request the Town of Caledon’s support and promotion for this proposal at Peel Region.

Such signage could possibly be erected on or near a new Mayfield Road bridge which will have to be erected when that road is expanded from two to four lanes in a few years’ time.  Or possibly incorporated with a Wildfield heritage sign which will be erected near the intersection of the Mayfield and Gore roads.

Unlike the main Humber, the West Humber is not a designated Canadian Heritage River due, as understand it, the large dam at Claireville. But I believe the case can be made that it does have heritage, natural and cultural value, on a local, City, Town and Regional wide basis.

In a 1997 report titled: A Call to Action, which contained proposals for improving the Humber River watershed, the Metropolitan—now the Toronto Region Conservation Authority—said that 53 archaeological sites had been discovered in the West Humber watershed alone. That was in 1997 and more may have been discovered since then.

The West Humber is Wildfield’s most prominent natural feature and its presence would have been one of the factors which attracted settlers to the area in the early part of the 19th Century—as it attracted the First Nations people before them.

From approximately 1859 to 1875, the John’s Agricultural School was located below St. Patrick’s Church on valley lands in close proximity to the river. Used to teach farming and basic literacy skills to both local children and orphans from Toronto, it included classrooms, a dormitory, a dining hall and rooms for teachers. No doubt those orphans, having escaped the mean streets of Toronto, would have wandered over to fish, swim, or simply to gaze at the river in awe and wonderment.

About 80 years later, from 1940 to 1945 a summer camp for underprivileged youth from Toronto was also based in the river valley.

Both the school and the camp were located in what is now Brampton side of Wildfield.  But the agricultural school would have served a large catchment area extending into what is now Caledon. The West Humber is also a significant and extensive natural feature in Caledon, as was referenced at the town’s recent Whitebelt Visioning Exercise where the rivers and tributaries flowing south were described as “green corridors.”

And not all the historical and natural events linked with the river occurred in Brampton.

In October 1954 when Hurricane Hazel struck southern Ontario many of the bridges spanning the West Humber and its tributaries were washed out. One of those bridges was on the Gore Road, just south of what is now Healey Road.

So, the West Humber River has both natural and manmade history and that history should be preserved. And the lessons of Hurricane Hazel should never be forgotten, despite pressures by developers to build closer and closer to floodplain lines.

As a boundary community, half in Caledon and half in Brampton, Wildfield is the logical location for a West Humber River commemorative pavilion if space can be found and I believe it can be.

In conclusion, I am reiterating my request the Town bring this proposal to Peel Region, as well as working with the City of Brampton and the Toronto Region Conservation Authority. An examination of this suggestion will be conducted by the Brampton heritage department and perhaps the town’s heritage coordinator might offer whatever assistance might be available.