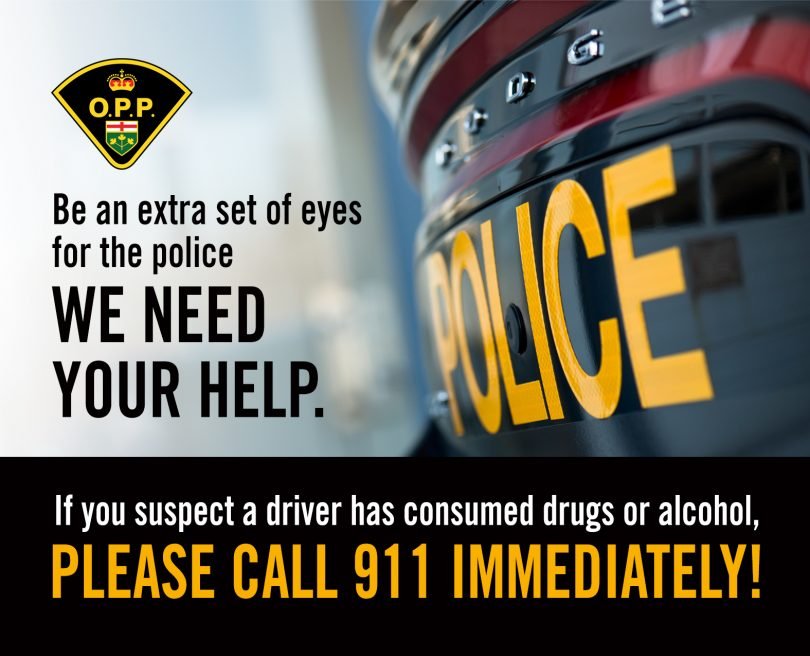 Officers from the Caledon Detachment of the Ontario Provincial Police (OPP) have charged two individuals with impaired operation resulting from two separate collisions.

On January 14, 2023, at approximately 10:25 a.m., Caledon OPP was alerted of a two-vehicle collision in the intersection of The Gore Road and Mayfield Road. No injuries were reported. Officers arrested one driver since grounds were formed that their ability to operation a motor vehicle was impaired by alcohol. Breath tests were later conducted.

As a result of the investigation a 50-year-old from Sudbury was charged with:

On January 17, 2023, at approximately 2:59 p.m., officers responded to a report of a vehicle losing control and going into the ditch on King Street, near Creditview Road. The investigation led officers to arrest the driver since grounds were formed that their ability to operate a motor vehicle was impaired by alcohol. Breath tests were later conducted. Minor injuries were reported.

As a result, a 59-year-old from Caledon was charged with:

Both vehicles from the two incidents were impounded for seven days, and the driver’s licences were suspended for a period of 90 days. The two accused are scheduled to appear at the Ontario Court of Justice in Orangeville on February 2, 2023, to answer to the charges.

The OPP remains committed to taking alcohol/drug-impaired drivers off our roads through enforcement and public education. Drivers are reminded that no amount of alcohol or drugs in your system is safe when driving. If you suspect that someone is driving while impaired, it is important to call 9-1-1 to report it. Driving under the influence of either alcohol or drugs is a criminal offence.