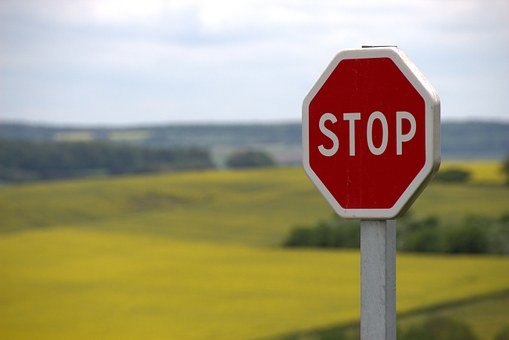 Overshadowed by the COVID-19 crisis, a project of dubious value is not receiving the attention it should by most Caledon residents, even though it will have severe financial, environmental, and social consequences decades after the pandemic has passed into history.

Plans for the ill-advised and unneeded GTA West Corridor (or Highway 413), a 400-style 50-kilometre-highway which would cut through the heart of Caledon as it extends from Milton to Vaughan, are being fast-tracked by the provincial government.

It intends to “streamline” or speed up the Environmental Assessment Act process. In place for several decades, the Act is an important and comprehensive planning framework for carefully examining the long-term ramifications of infrastructure projects. That process should not be short-changed.

The government is moving full steam ahead, despite the fact that the previous Liberal government placed a moratorium on the project in 2015 and then killed it in 2018 following a review by a panel of experts who concluded it would have few benefits.

Premier Ford has been receiving a lot of positive media coverage for his handling of the COVID-19 pandemic. (Parents worried about measures to protect their children returning to school might take issue with that.) Away from the glare of the pandemic, is he the same old Doug Ford who promised in open up the Greenbelt in a closed meeting with developers?

The GTA West highway would be a monstrously expensive 50-kilometre-long highway that would pave over farms, forests, wetlands, portions of the Greenbelt and have injurious impacts on the small headwater streams which feed the Humber, West Humber, Etobicoke, and Credit Rivers. Environmental Defence, an environmental advocacy group, estimates the cost at $6 billion.

So who would benefit from Highway 413? Not commuters. The same panel of experts commissioned by the previous Liberal government concluded it would only save drivers about 30 to 60 seconds per trip. Considering the government’s deficit position, they will probably have to pay a toll charge, just like they do on Highway 407.

It is telling that one of the most vocal advocates of the corridor, in his regular Toronto Star column, is Building and Land Development Association (BILD) president David Wilkes.

The impact on Caledon will be felt for generations. The GTA West highway will cut the town in two, facilitating sprawling warehouse and housing developments. It will be Caledon’s version of the Berlin Wall—only a whole lot longer. Unlike the Berlin Wall, it will never be torn down once built.

Arguments been made is that it will provide a much needed east-west transportation route. Such a corridor already exists in the form of the under-utilized and close-at-hand Highway 407. There should be some provincial incentives to encourage trucking companies to use it more.

Similarly, there should there be an increased focus of shipping by railway, especially as the Vaughan Intermodal Terminal is already on Caledon’s southeast border.

Investing more in public transit should also take precedence. It is incredible the government is willing to spend millions of pre-construction dollars on studies and other related corridor expenses when just last year Metrolinx was on the verge of ending GO Bus service to Bolton using the excuse there wasn’t enough ridership. When public transit options are eliminated or severely curtailed, commuters will, of course, use their cars.

To those who say the GTA West Corridor is a “done deal”—look at what author and urban affairs activist Jane Jacobs accomplished. In the 1960s she successfully spearheaded opposition against the proposed Lower Manhattan Expressway which would have devastated that historic neighbourhood of New York City. After moving to Toronto, she also helped kill the Spadina Expressway by building a movement of concerned citizens.

Opposition to the highway is emerging in neighbouring Halton Region, as well as in Vaughan and King Township. Now is the time for Caledon residents who care about fiscal responsibility, the environment, and the loss of farmland to take action.

So, what can you do?  Send letters of opposition to:

On this issue the voices of Caledon residents are more powerful than ever. And perhaps never more crucial.