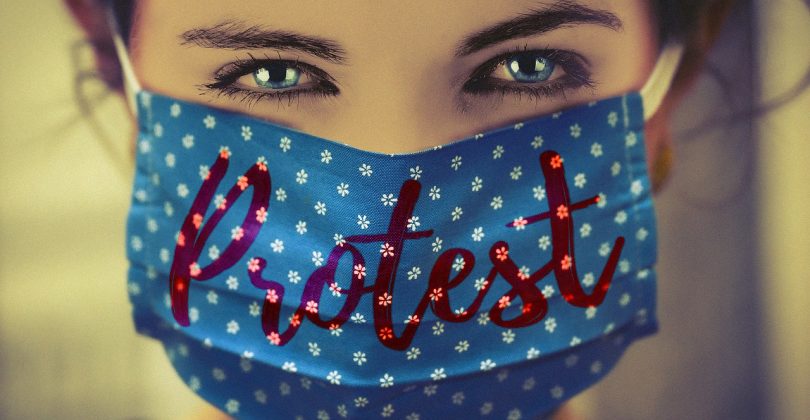 As I wrote this piece I received the following statement from the office of Caledon Mayor Allan Thompson: “I share the deep concerns of all party leaders in the federal election on the protest in Bolton on Friday night. While I respect the right to peaceful protest and to exercise democratic freedoms, I do not condone the actions of the protesters on Friday.”

Peaceful protests and democratic freedoms are indeed to be respected, but they were far from the reality of what happened in Caledon on Friday, August 27, 2021 when the Prime Minister of Canada made a campaign stop in our little Town of Bolton. The location was the Hampton Inn and Suites, the flagship model by Hilton for all future Hampton locations around the world. It should have been an opportunity to showcase Bolton and give Caledon citizens a chance to hear directly from our Prime Minister.

Instead, it got sabotaged by an eclectic mix of noisy, obscene, and disrespectful protesters. Almost anyone who wanted to protest anything was there. There were, of course, a handful of the extreme right hate-anything-Liberal crowd with their “F*ck Trudeau” banners and middle fingers proudly raised. There was also the occasional pure racist shouting “Go back to your country,” at the youth volunteers from Brampton. The virulent anti-vaxxer representatives turned out to hassle the vaccinated and masked, with their “Freedom to Infect” message. There were also Conservative MP candidates from Brampton, and volunteers from our local Conservative MP’s re-election team.

But strangest of all were the Vaping Rights and Smoking Rights protesters. Now The Tobacco and Vaping Products Act (TVPA) was enacted over three years ago on May 23, 2018 to protect the health of all Canadians, particularly the young. Similarly, the link between smoking, second hand smoke, and cancer, was well established ages ago. And the new Bill 45 to further restrict vaping is a Provincial Act, not a federal one. Isn’t it interesting that the most rabid protesters are all angry about legislation that protects the health of the community?

This occasionally loud and obscene crowd of “protesters” created so much concern for the RCMP and the local police that the event was first delayed to protect the safety of those who had simply come to meet and hear the Prime Minister, and then it was cancelled. “The Bolton Protests” made the evening news locally, then the national news, then the international news. Bolton was on the map, but it was not for anything of which we could be proud. A group of the lunatic fringe under the guise of “democratic freedom” had hijacked the opportunity to showcase our Town. In my opinion, to “not condone” their actions stops sadly short of not publicly condemning them.

Manu Mand, the Vice President of Operations for the Hampton Inn and Suites said he was very disappointed that the opportunity to highlight the community had been disrupted by the protesters. When he first got the news that the Hampton would be the venue for the Prime Minister’s visit, it was seen both as an event beneficial for all of Bolton and as an opportunity to showcase their facility. They expected there would be protesters, but certainly not to the extent that the event would have to be cancelled. Mr. Mand said, “It was disappointing that we didn’t get a chance to properly host the Prime Minister, but the safety of our guests, visitors and staff is our primary concern.”

As a person immersed in the hospitality industry, Mr. Mand knows that he faces a diverse clientele, so he sees each individual as a person deserving of respect. That was nowhere more evident than when he carried water out to the protesters who had been standing in the sun for hours. Now that’s the kind of empathy and care we hope to see from everyone in Caledon.

We trust that the next time the Prime Minister of Canada visits Bolton, the Town and its citizens will follow Mr. Mand’s lead and show what respectful democracy looks like. And that our local political leaders will condone nothing less.