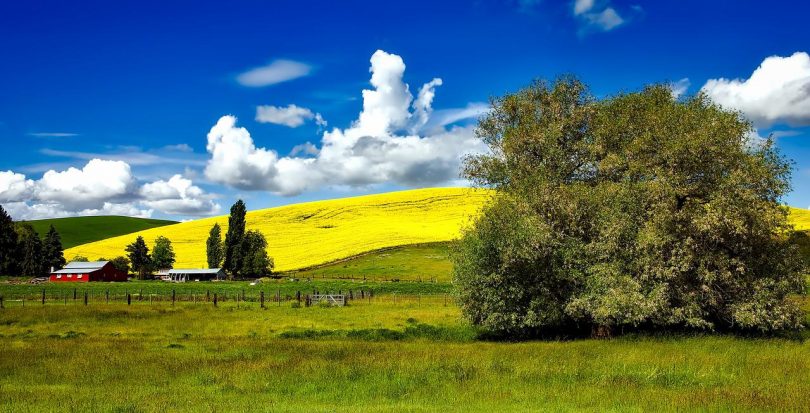 No matter how you look at it, those numbers mean a whole lot of prime agricultural land will be destroyed over the next 30 years to accommodate sprawling growth in Peel Region, most of it in Caledon. 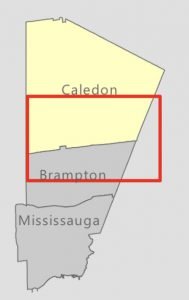 Expected to be approved at the April 28 meeting of regional council, the Region of Peel’s new official plan paves the way for 700,000 more people and 335,000 more jobs for a 2051 population of 2.28 million people and 1.17 million jobs. A map of Peel’s Draft Settlement Area Boundary Expansion  an be found HERE

And it’s coming because of (A) provincial government policies which require regional municipalities to plan 30 years into the future using a lands needs assessment formula many say is outdated and “market-driven” and (B) Peel Region’s response to those mandates.

The province set an arbitrary deadline of July 1 for the region to approve the new official plan based on a Municipal Comprehensive Review. While regional planning staff started work on the MCR in 2013, in 2019 the province changed the rules and mandated that regional governments designate a 30-year supply of urban land.

Despite the pleas of numerous residents, Peel Region has refused to embrace a “hard urban boundary”. In other words, directing growth to areas already designated urban, rather than letting it sprawl out into the countryside. According to research undertaken by Environmental Defence, there are more than 16,000 acres of land across Peel that are already designated urban but not yet developed and which could be made available for more innovative and higher density designs.

However, according to its chief planner Adrian Smith, the Region can’t meet the needs of Peel’s households without a boundary expansion. In an interview with another publication, Smith was quoted as saying that, “66 per cent of the region’s housing supply would be apartments which “don’t appeal to homeowners.”

But opening up urban boundaries isn’t going to solve the region’s housing crisis and will only lead to the creation of single family housing which many people can’t simply can’t afford, says concerned Mississauga resident Rahul Mehta.

Instead, there should be more emphasis on affordable housing options such as laneway suites and ‘gentle density’, which is the term used to describe additional density that will have minimal impact on existing neighbourhoods, such as secondary suites, backyard suites, and internal conversions in existing single-unit homes, he says.

Mehta and Caledon resident Jenni Le Forestier are the founders of Stop Sprawl Peel, a grassroots citizens’ group committed to holding Peel’s urban boundary. It’s patterned after similar movements in other parts of the province, notably Hamilton and Halton Region.

Along with more than 25 other delegates, including citizens, farmers, academics, planners, and, former politicians, they appealed for a no-urban boundary expansion at the April 7th meeting of Peel Region’s planning and growth management committee. The committee also received more than 750 letters and emails advocating for the same policy.

To say that the reception they received from committee chair Carolyn Parrish was curt would be an understatement. Not only were most of the 750 pieces of correspondence condensed into two agenda items, Parrish placed tight restrictions on how long the delegates could speak and what they could say.

“We were only allowed five minutes to speak, instead of 10 minutes which is standard for committees and told not to repeat what previous delegates had said,” says Mehta.

“I was shocked by the way we were treated,” says Le Forestier.

So were some viewers watching the virtual meeting.

“While it may have been within Chair Parrish’s purview to limit the time for delegates to speak, if she cared about being open to hearing from people, she would have allowed everyone to speak, even those who’ve delegated before,” says Caledon environmental activist Debbe Crandall.

“A 30-year official plan of this scope and magnitude demands a decision-making process better than the one Chair Parrish gave us on April 7. In my opinion she should be stripped of her position as committee chair.”

Unlike Peel, two other municipalities have listened to their residents. Last fall, after an intense citizen campaign, the City of Hamilton voted down a staff recommendation that boundaries be expanded. That led to a threat by Municipal Affairs and Housing Minister Steve Clark to refer the official plan to the Ontario Land Tribunal. Clark was given that power under the newly-minted Bill 109, the More Homes for Everyone Act, introduced on March 30, and fast-tracked to Royal Assent on April 14.

That almost rapid-fire approval demonstrates “how determined” the provincial government is to promote its growth policies, says Halton Regional Councillor Jane Fogal, a persistent and vigorous critic of those policies.

In Halton a highly motivated Stop Sprawl campaign generated more than a 1,000 emails sent to councillors’ inboxes, the erection of 1,000 lawns signs, and radio and newspaper advertisements advocating for no boundary expansions. At the February 16 council meeting, a majority of regional council sent the plan back to the drawing board to accommodate the provincially mandated growth within the existing urban boundaries.

And Stop Sprawl Halton has vowed to continue its fight. Denouncing both the powers given to Clark to refer official plans to the Ontario Land Tribunal and the content of Bill 109 (including no mention of affordable housing), it is joining with  Stop Sprawl groups all over the province, “to demand that the minister repeal the draconian parts of this bill.”

As for Rahul Mehta and Jenni Le Forestier and what’s occurring in Peel, they issued their own statement through social media on the eve of the April 28 regional council vote.

“The vast majority in Council has shown no interest in addressing or even considering resident concerns, and we are not optimistic that the urban boundary expansion will be removed. That said, more people and media than ever are paying attention and there is a possibility the official plan will be delayed—hopefully past June 2 (the day of the election).”

“Further, the Official Opposition Party, the NDP has made it clear in their platform they do not support the 413, Bradford Bypass or urban boundary expansions. Let’s see what the other parties have to say and if council will listen to this latest reality check.”