As part of a Day of Action right across the route of the proposed GTA West Corridor (Highway 413) on Saturday, July 24th, an anti-Highway 413 sign protest will be held at the Gore Road and Healey Road intersection in Caledon at approximately 2 pm. That site has been selected as it will be the location of major interchange which will spew traffic onto the Gore Road.

Anyone who wants to voice their opposition to the highway is urged to come out for a sign waving protest which will probably last no more than an hour. Stop Highway 413 signs will be available.

The demonstration is being organized by a small group of Caledon residents, but is just one of a number of anti-highway actions being planned by volunteer groups in other municipalities such as Vaughan, King Township, and Brampton with the support of Environmental Defence, one of Canada’s leading environmental advocacy organizations.

Some of those other activities include flyer drops at the Kleinburg Conservation Area—where Highway 413 would slash through—banner demonstrations at the offices of various MPP offices, and the distribution of literature and pamphlets at the Orangeville Farmers’ Market.

A journalists’ tour of the designated route is also being planned by the Toronto office of the David Suzuki Foundation, although that may be held a few days prior to the 24th.

Slammed in an editorial in a major GTA newspaper a few months ago  as “a “$6-billion sprawl accelerator”, Highway 413 would be a monstrously expensive 59-kilometre-long highway that would pave over farms, forests, wetlands, portions of the Greenbelt and have injurious impacts on the small headwater streams which feed the Humber, West Humber, Etobicoke, and Credit Rivers.

For more information on why we feel it’s not needed as well as the damage we believe it will cause visit: https://environmentaldefence.ca/stop-the-413-3/

For more information about the July 24th event at Healey Road and the Gore Road contact the writer at: danoreilly@sympatico.ca 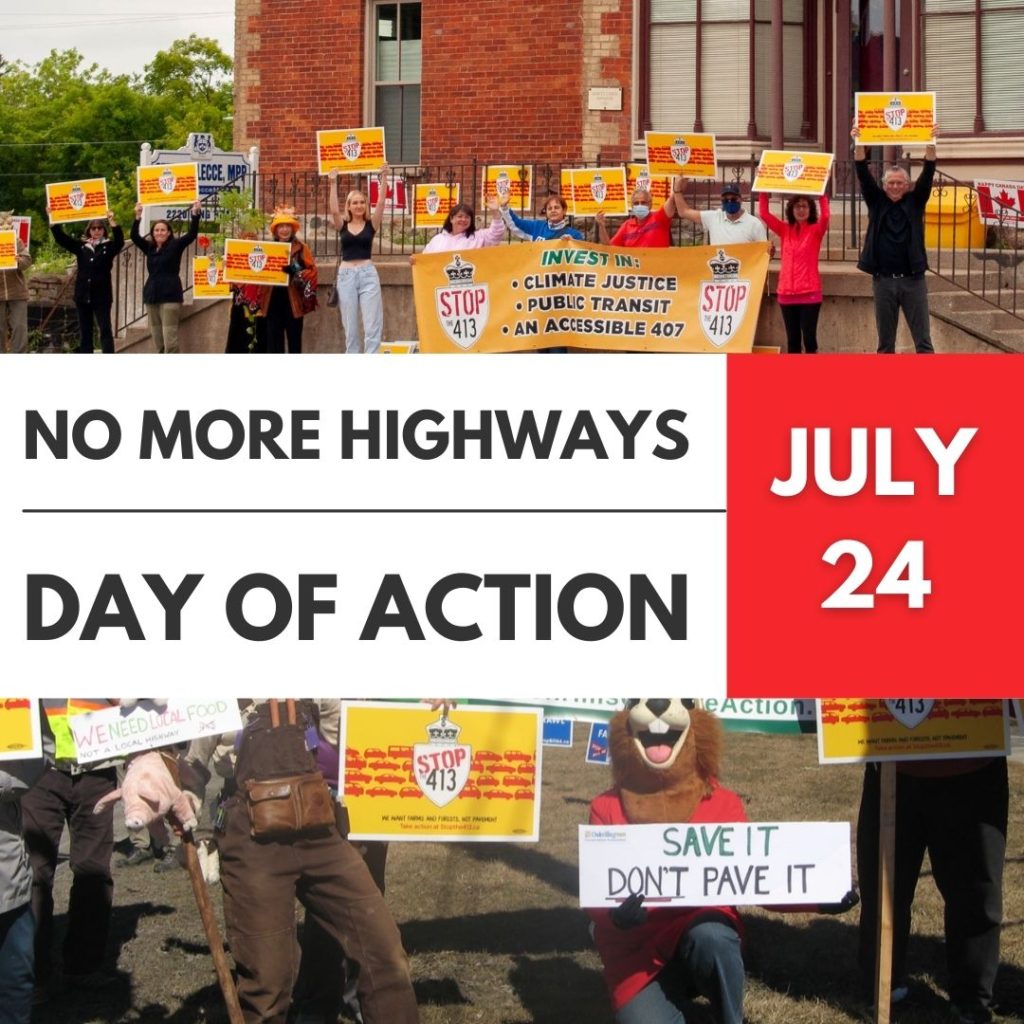