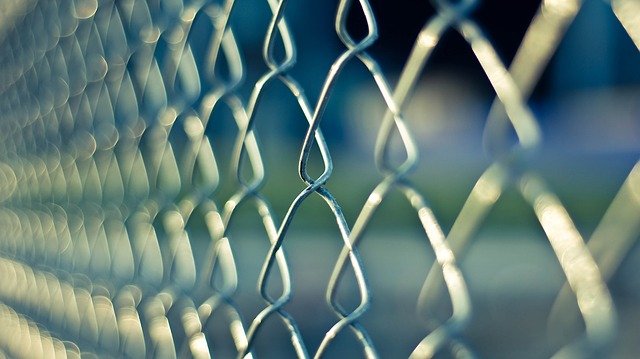 Seeing both sides
A visit with “The Fence”

As told to Shelly Sargent:

I’d like to introduce myself. I’m the fence installed between two malls in Bolton. I began life in mid-December 2015 and I’ve been doing what a good fence does ever since.

If you live in the area, you know where I am. But for those readers who reside outside of Bolton, I currently define the boundaries between two small strip mall properties. The northern property is at 301 Queen Street South and houses Harvey’s, Hakim Optical, Dollarama and several other businesses. The property to the south – 15 Allan Drive – is home to Medi-Select, Bolton Men’s Wear, Coffee Time Donuts and a Walk In Clinic, to name a few.

Much has been written about me. There is a “tongue in cheek” social media site that shares posts about the situation in my voice. Articles in local papers, on social media and news reports on television have talked about the fire safety implications from a fence that obstructs access to sprinkler systems, safety routes and so on.  They’ve discussed the issue that caused my creation, which apparently had to do with proposed redevelopment of the site. And of course, they’ve talked about the frustration experienced by local government, the community in general and its shoppers, who can’t travel conveniently between the two malls as they have in the past.

But I thought it was time to talk about what this situation really teaches us. You see I have a unique perspective on it. I can’t help but see the issue from both sides. I had someone do a Google search for me (I needed help… I have no thumbs…) and looked up what a fence symbolizes. As it turns out, I am a symbol of what could be said to be a few of the biggest flaws in human behaviour. I represent inflexibility. I represent exclusion. And, obviously, I represent divisiveness.

These realizations made me sad. Because two business entities couldn’t settle their differences with a compromise… and perhaps because one was inflexible and the other wouldn’t concede defeat… I was created and a whole segment of the community has been made to suffer. Numerous businesses have experienced unnecessary financial hardship. Local shoppers have been inconvenienced. And perhaps the saddest thing of all…? My creation has done NOTHING to alleviate or solve the originating problem. From where I’m sitting, it would appear that I’m the physical representation of “Nanner Nanner Nanner.”  Real mature behaviour for adults.

Having been in place for better than half a year, I’ve noticed that I am not the only thing that divides this community. It doesn’t take long as an observer to realize that there are other local issues and problems that have eroded into “we versus they” scenarios. These issues, like me, divide the community. And – also like me – they don’t seem to be going away.

I’m just a lowly fence. But if I could put in my 2 cents… I would perhaps suggest that the least effective way to solve any problem is by refusing to see both sides. Take it from me – there are ALWAYS two sides to every story – and the best solution is usually the one that finds a way to compromise and bring the two sides together. All a fence like me has ever done is keep those two sides apart.

Shelly works for a local non-profit agency dedicated to strengthening families. An artist, she is happiest when being creative.  She strives to live a green life, eat locally & support those who support others in her community.