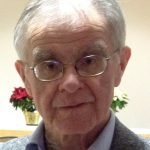 Constructing an approximately 17-metre-long, 45-centimetre-thick, four-metre-high concrete retaining wall immediately adjacent to the Credit River in the Belfountain Conservation Area in Caledon, Ont. was as complex and challenging as the scenery is beautiful.

Consisting of 30 centimetres of poured concrete and a 15-centimetre-inch thick masonry veneer fashioned from local Niagara Escarpment rock, the new wall replaces a more than a century old unsupported one which began showing signs of cracking in 2013 and then collapsed into the river in 2015.

The approximately $555,000, year-long project required general contractor Sunshine Landscape Design and Construction to work within the confines of a very tight space.

Equally complex was the planning and design strategy that would meet the requirements and approval process of the Credit Valley Conservation Authority (CVCA) and the Niagara Escarpment Commission, as well as respecting the park’s natural and historic characteristics, say the project partners which included the authority, heritage consultant George Robb Architect, and structural engineer Ojdrovic Engineering Inc.

Owned and managed by the authority, the park is one of the oldest in Peel Region, having been established in the early 1900s by Charles Mack, inventor of the cushion rubber stamp.

Many of the features built by Mack are still there including a pedestrian suspension bridge (rebuilt in its original location in the 1960s), a dam, a fountain, stonewalls, footpaths, scenic lookouts, a cave, and the retaining wall which supported the inventor’s house.

In 2003, approximately 53 linear metres of the wall was repaired and stabilized and a terrace constructed.

But in 2013 a large crack was discovered in the unrestored section, says Peter Stewart, a partner with George Robb Architect.

Although the plan had always been to construct a new wall, the project did change somewhat in scope following the collapse of the old wall and part of the terrace during an overnight storm in early 2015.

“It failed because it wasn’t on a flat surface and there was no foundation,” says Stewart, noting the collapse occurred about the same time CVCA was issuing its tender.

Constructing the wall was a labour intensive exercise with limited manoeuverability, says Tim van Stralen, a principal with Sunshine Landscape.

A steel and timber bridge had to be built over the cave to drive in a small excavating machine and skid steer. Working from the terrace, the firm first removed all the collapsed stone and rubble and then began building the foundation using both the excavator and hand jacking. Hand drilled dywidag rock anchors were used to stabilize the concrete into the bedrock.

As that work was progressing, the small workforce was setting aside the cut stones for later application for the veneer, says van Stralen.

It took about two months in the summer of 2015 just to complete the excavation, after which there was a bit of a lull. Although a geotechnical study had been conducted, the “steps of the bedrock” required a structural redesign of the anchoring and buttressing.

“This was not an off-the-shelf design,” says CVCA conservation lands planner Jesse de Jager, explaining ground conditions in the area are also affected by the variant nature of the groundwater.

Forming and reinforcing work began last October and lasted until December. Three lifts were required and the concrete had to be pumped from a distance of approximately 60 metres away.

This past winter Sunshine installed the masonry veneer using the stones that had fallen into the river and the rocks it saved during the jackhammering work.

Asked how many stones were applied, the planner says “easily hundreds.”

Over time the stones will weather and most people won’t be able to notice the difference between the old wall which restored in 2003 and this new portion, he says.

The project’s final phase was the reconstruction of the terrace which started this past April and was completed in June, says de Jager.