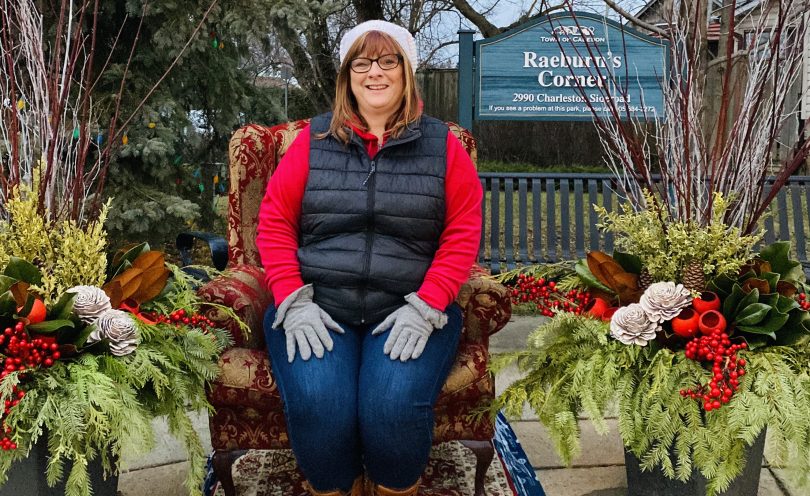 It was a surprise… but a nice one for sure.

Lesley Kennedy has been a Principal for over 5 years and a Vice-Principal before that. Even though she says she wasn’t “the best student” she always knew she wanted to be an educator. 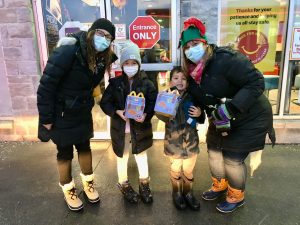 At the McDonald’s fundraiser

At first Lesley felt a little uncertain about the change of location as she actually lives in Caledon Village. It has been home for her family for the last decade. She had occasionally overheard people voicing concerns about working at a school in your own community.

“But I firmly believe that we do not chart our own course. So I decided in early July to take some walks through the community, and over to the school, stopping to sit in the outdoor classroom. Once I had some time to reflect I started to really view this as a wonderful opportunity to do good work and make an impact right in my own community.” Lesley says. 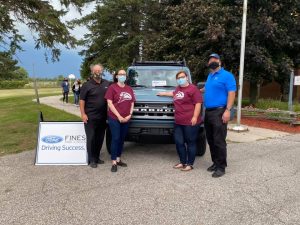 She began speaking more and more with folks in the village as the summer wore on and letting them know about her upcoming role at Caledon Central. By the time September came and she was tasked with setting goals for the year it was crystal clear. “School and community. We’re going to figure out how to become a family. This is my primary goal.” she decided.

And so Lesley along with her daughter, and the School Council Chair and her daughter, showed up at McDonald’s for the I’m Loving It fundraiser. The restaurant was donating 20% to the school from purchases made during the 4-hour event. The women stayed and greeted residents who came in and even rang a school bell as a thank-you as people left.

Fines Ford came through for Lesley and the school as well. After a call to the dealership they agreed to supply funds for every student at Caledon Central to get a new Caledon Central Bronco t-shirt in the new year. They even visited the school on an “Intermediate Hang-out Night” with a Ford Bronco, a bit of excitement for their Caledon Broncos. 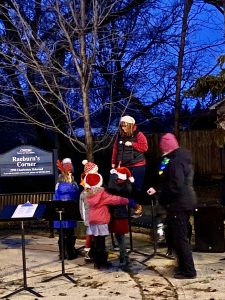 In October Lesley was thrilled when students “made the connection that we are the family that is always outside serving hot chocolate on Halloween. I think we had more kids show up than we’ve ever had. There were even parents driving their kids over, so they could see where we live. It was wonderful.”

A highlight of the year as it draws near to the holiday break was attending the annual Tree Lighting last weekend. “It was so nice to be able to have that back after so much being cancelled in 2020. Students were able to be there and sing carols and participate” Lesley beams.

A highly-engaged Principal, Lesley can’t wait for all the further opportunities the New Year is sure to hold for connecting school and community. “I didn’t anticipate what an amazing unique leadership opportunity this would be” she adds. “I am truly loving this!”