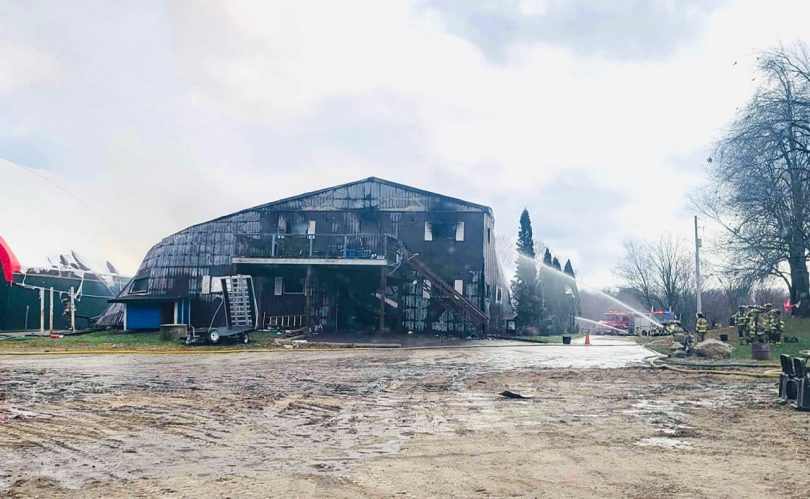 Officers from the Ontario Provincial Police (OPP) Caledon Detachment and crews from the Caledon Fire and Emergency Services attended a barn fire in the Town of Caledon.

On Saturday, November 27, 2021 at approximately 8:05 a.m., members of the OPP Caledon Detachment as well as several stations from the Caledon Fire and Emergency Services responded to a large barn fire on Innis Lake Road north of Old Church Road in the Town of Caledon.

The barn, housing over twenty horses, was fully engulfed when emergency services arrived. Residents of the property were able to evacuate the animals from the barn, saving all housed animals. One resident sustained smoke inhalation as a result and attended hospital.

Damage to the barn is estimated to be over $1.5 million dollars. Emergency Services remained at the scene for several hours.

The fire is not considered to be suspicious.