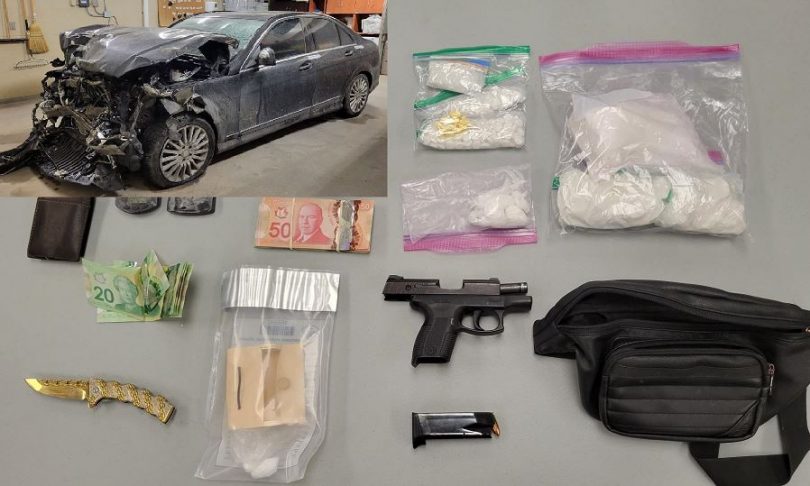 On December 29, 2021 at approximately 5:45 a.m., officers from the Caledon Detachment of the Ontario Provincial Police (OPP) responded to a three-vehicle collision on Mayfield Road and Humber Station Road in the Town of Caledon.

All three vehicle sustained severe damage and the reported injuries were minor in nature. During the investigation, officers formed reasonable grounds to arrest one of the drivers for impaired driving. The accused was transported to the Caledon OPP Detachment to perform breath tests.

Subsequently to the initial collision investigation and after obtaining a search warrant for the vehicle, police recovered a quantity of drugs, cash, and a fully loaded handgun.

As a result of the investigation, Michael SWALM, 26, of Ajax, was charged with 17 Criminal Code offences related to impaired driving, drug trafficking, and the illegal possession of a firearm.

The accused was held for a Bail Hearing scheduled for January 6, 2022 at the Ontario Court of Justice in Orangeville.

If you plan on drinking or consuming drugs, plan to not drive. Instead, arrange for a designated driver, take a taxi or public transit, or come up with another plan that takes impaired driving out of the picture. If you suspect that someone is driving while impaired by alcohol or drugs, it is important to call 9-1-1 to report it.