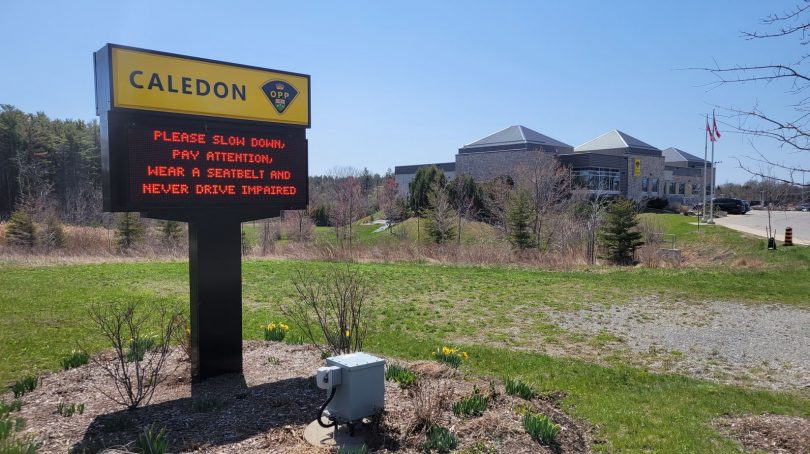 Officers from the Caledon Detachment of the Ontario Provincial Police (OPP) have charged two individuals in connection to a shooting.

On September 30, 2022, at approximately 4:19 a.m., Caledon OPP responded to a shooting on Old School Road in the Town of Caledon.

Later that same day, the investigation lead officers to arrest two individuals in connection to the incident.

Adnan JAJJA, 39, of Surrey BC, was charged with:

• Assault with a weapon

Navjot SINGH, 25, also from Surrey BC, was charged with:

• Assault with a weapon

Both were held in custody pending a Bail Hearing.

It was determined that there were no threats to public safety.

The investigation is ongoing. If you have any information in relation to this incident, please contact the Caledon’s Major Crime Unit at 1-888-310-1122. You can also provide information anonymously by contacting Peel Crime Stoppers at 1-800-222-TIPS (8477) or online at www.peelcrimestoppers.ca. When you contact Crime Stoppers you stay anonymous, you never have to testify, and you could receive a cash reward of up to $2000 upon an arrest.