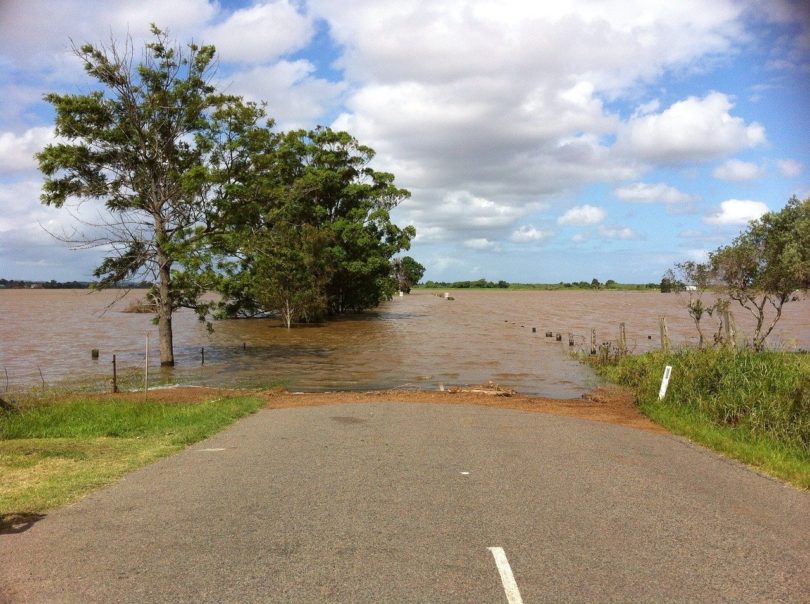 The following letter was submitted to JSC for publication by Jenn Innis, Chair of the TRCA Board of Directors and Caledon Regional Councillor. She asks that you read, share, and contact the Premier and Caledon MPP Sylvia Jones.

It’s not too late to amend Bill 229 and remove Schedule 6.

On your way to work, you grab your umbrella as the forecast is calling for rain.  But today’s rain will be different and unfortunately, that umbrella is going to be of little help. The events that unfold will change your life forever, as a torrential downpour of 100mm causes flash flooding, closing roads and bridges, filling underpasses and submerging cars, knocking out power for 16,000 people, and flooding people’s homes and places of work. During the storm, you go down to the parking garage to check on your car and become stuck in an elevator as it quickly fills with water. The flood has damaged the elevator’s emergency speaker and you desperately scream for help and cling to life, as the police swim down to rescue you, which they achieve with seconds to spare. This sounds like a scene of a movie, right? Wrong.  This happened on August 7, 2018 in Toronto.

You may have seen recent articles about flooding or the importance of conservation authorities, as the primary protectors of the water that you drink, written by environmental agencies and opposition critics and thought to yourself: This is a political issue that does not impact me. As a long-time supporter of the Conservative party, I am here to tell you the Province is trying to pass legislation which has the potential to endanger you, your property and supporting infrastructure, through an unrelated budget bill. This is no time to sit on the sidelines.

Last month, the Province introduced a budget bill. This proposed bill includes language that would allow the Minister to override conservation authorities’ science-based watershed approach to planning and permitting to one based solely on politics. This essentially gives control over to political lobbyists which, as many people fear, represents the financial interests of a few, rather than the greater good of our Province.  Conservation authorities believe that development, if well planned, can happen safely while maintaining nature’s beauty and diversity. This means that the technical agencies support responsible development in our watersheds, although this is often wrongly confused with being anti-development. The impacts of short-sighted government intervention, which override science for the benefit of kickstarting the economy, will have vast financial and environmental consequents for generations to come. The messaging is clear – Ontario is open for business, no matter the cost… even if it means their actions may endanger the lives of its residents, their properties and supporting infrastructure.

While flood prevention represents a vital portion of conservation authorities’ objectives, as the Chair of Toronto and Region Conservation Authority’s (TRCA) board of directors, I wanted to take this opportunity to introduce TRCA to those that may not know the vast scope of our work, as in our role as a technical agency, we rarely take an opportunity to promote ourselves, as we are often in the background supporting our partner municipalities.

For example, in the past month alone, TRCA has been involved in two federal and municipal funding announcements for $140 million related to flood protection projects in Toronto and Brampton, reflective of the important role that we play as an advisor for our municipalities. This work will create thousands of jobs, facilitate safer development, integrating natural resources and a vibrant community as one.  Further, TRCA won a national award (our second) for the Meadoway for our transformation of a 16-kilometre stretch of urban greenspace and meadowlands that will become one of Canada’s largest linear urban parks, as a leader in ecological restoration.

As the largest property owner in the Greater Toronto Area, TRCA offers opportunities for individuals to get outside and explore their communities. During the ongoing pandemic, the value of these greenspaces has been recognized for providing safe and enjoyable ways to experience nature, such as our remarkable network of trails, recreational activities at our conservation parks, and in the words of Premier Ford, the “Iconic” Black Creek Pioneer Village.

Which brings me back to the purpose of this letter. TRCA is an apolitical organization, created by bipartisan legislation, to further the conservation, restoration, development, and management of natural resources in our watersheds. The protection of the environment is a non-partisan issue as watershed, precipitation, and gravity do not recognize geographical boundaries or political parties. We should all be able to agree that making changes to environmental legislation through an unrelated budget bill, for the sole purpose of taking advantage of a loophole that allows the Province to avoid appropriate consultation, understanding that this legislation will have irreversible impacts for future generations, is unacceptable political decorum.

My history with the Conservative party is long.  I joined as a young teenager, inspired by then party leader, Jean Charest.  I greatly admired the leadership of Bill Davis and Brian Mulroney for how they balanced environmental stewardship with fiscal responsibility. It saddens me that the party would turn away from that. If this is the direction the Conservative government and party is going, then it no longer aligns with my personal values and my professional integrity as Chair of the TRCA, and a Peel Regional Councillor for Caledon.

The government’s actions are unnecessarily pitting development against the rest of the Province.  In my experiences, I have seen how passionate and solution-orientated many developers are in their desires to build sustainable and vibrant communities, in accordance with science. I expected that the Province would use this opportunity to develop legislation that fostered this relationship, but instead are attempting to further the divide, voiding the efforts many conservation authorities and developers have done to work collectively for the greater good.

I appeal to everyone reading this letter to contact the Premier and your local MPP immediately to ask them to remove Schedule 6 from Bill 229 in advance of this week’s final vote.

Chair of TRCA’s Board of Directors

Caledon MPP, Sylvia Jones can be contacted at sylvia.jonesco@pc.ola.org

Ontario Premier Doug Ford can be contacted at premier@ontario.ca