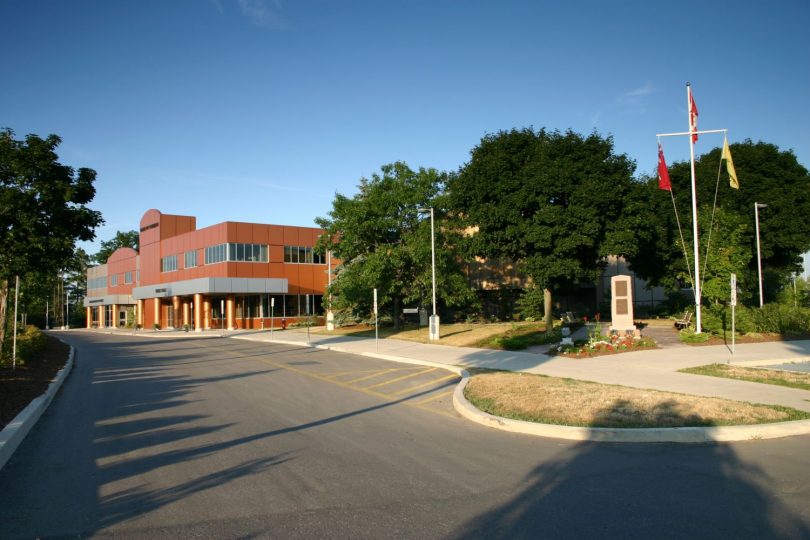 Just before Christmas Just Sayin’ Caledon met with Allan Thompson to talk about how he felt his first year in the Mayor’s seat had progressed.

A lot of our conversation centred around, aptly enough, communications. Enhancing communications with residents had been a key focus of Thompson’s campaign platform and after a year at the helm the new Mayor feels he has succeeded in keeping it a priority.

“We have a community that wants to be engaged”, says Thompson, “and I feel we’ve made progress with community engagement forums like the Parks and Rec Visioning Exercise and the Council Work Plan Open Houses for example”.

The Parks and Rec Visioning Exercise included public open houses last spring along with online, telephone and paper surveys, to gauge what improvements the community feels are needed in terms of our parks, facilities, programming, and arts and culture. A final report, including next steps went to Council in August.

In November two Coffee With Council sessions were held to show off the Council Work Plan. “People are busy, so we held these at locations people were apt to be going to anyway. The workshops were at CCRW in Bolton and at the Inglewood Arena. “People would get their kids off to skating or swimming and then stop by to view the material”, says Thompson, who was particularly impressed by an 8-year old to spoke to him about the importance of prioritizing seniors’ issues. “The little guy had been listening to his grandparents and what their priorities are”.

Although he didn’t have broadband issues on his campaign platform Thompson says it’s a message that’s coming through loud and clear now and he has had 277 residents contact him to date saying they either couldn’t sell their house or they couldn’t get their work done at home due to broadband constraints in rural areas. “And then there’s the students who need to be able to do research and homework” he adds.

The Mayor says “Intelligent communities” and “intelligent manufacturing” would mean being able to open the doors to companies that are seeking to locate where broadband capacity facilitates their operations. “I had an unannounced visit by a Chinese delegation in March” he says. “But at the top of their needs list was having 100 Gigabytes of fibre so they can work in the cloud. I was also at an event last supper where I was speaking with a lady who is an engineer with Ford; she talked about how automobile companies are doing this already. Caledon needs that broadband capacity.”

Thompson says a frustrating moment for him was the recent announcement that the GTA West Corridor was on hold. He says the announcement came without advance notice and leaves him and Council wondering how they can plan for the additional employment lands needed to help offset residential taxes and “keep this community affordable for our children”.

As our interview concludes we spend a few minutes talking about aggregates. “It’s a controversial issue” he acknowledges. “But the challenge is that we have lots of gravel here. And we’re close to market. I think the reality is that it will be mined here; so we need to focus on how do we protect our residents”.

Just Sayin’ Caledon will provide further updates from the Mayor’s office in 2016 regarding Broadband, Aggregates, Provincial Facilitation, and other ongoing topics of interest.