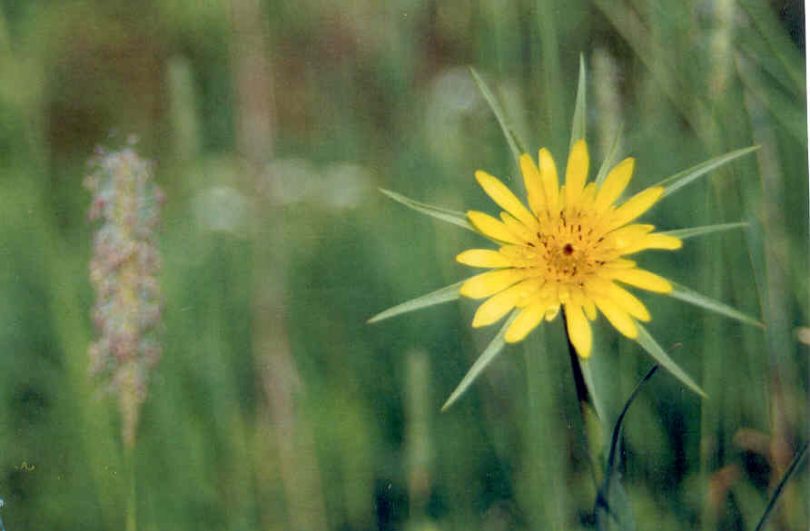 Kay MacDuffee stands around the 5 foot mark. Small frame. Delicate features. Light-up-a-room smile. Heart the size of the great outdoors. Which strikes me as particularly fitting, because if Kay is about anything she is about being one with nature.

I first met this wiser-than-most-human-beings lady almost 20 years ago when our youngest son started James Bolton Public School. Again, particularly fitting, Kay was a teacher. Kay was book wise, as one would expect a teacher to be, but what stood out was the depth of her understanding about people, about spirituality, about what’s really important and, of course, about nature.

Children where entranced by her as she taught and played with complete abandon and total understanding. Kay still teaches to this day. Lucky children.

Kay was born in St Catherine’s and moved to Toronto at age 5 when her dad was hired as a broadcaster for CBC. Both of her parents were musicians. She followed by studying piano, and she still plays. 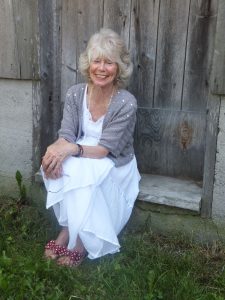 Her first job while still in high school was as a Day Camp Counsellor. “It was in a well-to-do cottage area” she laughs, “and among my charges were Johnny Wayne and Frank Schuster”!

But most of her summers were spent at the family cottage at Honey Harbour. “That was what truly gave me my love of nature”, she reveals.

Her first “real” job was as a kindergarten teacher for the North York Board of Education. “I had huge creative juices from the get-go and I knew from an early age that I wanted to be a Kindergarten teacher”, says Kay.

She met Dick, the love of her life, through a friend who kept telling her they were exactly right for each other. They finally agreed to a blind date and 2 years later they were married. Kay describes Dick as “a Western University biz guy who had been snapped up by IBM to sell computers. His first sale was to Guelph University” she recollects “and the computer filled an entire room”!

Kay took a break from teaching when she became pregnant for their first child. She didn’t return to the workforce until all 4 children, Misty, Jamie, Cam, and Kira, had been raised.

And nature beckoned. In 1972 the pair started building a home on a beautiful property on a sideroad in Caledon, aptly named Wild Winds. They moved in during 1973 with the 4 children and Yogi, the dog. 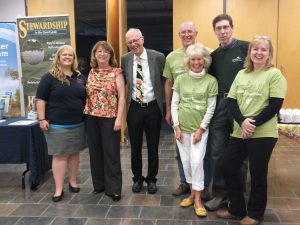 By 1979 Dick, who had been commuting to Toronto, decided to open his own company in Bolton. Kay came up with the name Sun-Glow Household Products and a jingle. And Cam made the commercial.

At one of our all-too-rare lunches I asked Kay, who is so full of life and love and energy, what was the most difficult thing she’d ever had to do. “Face my husband’s death”, came the reply.

When Dick passed suddenly in 2009 I remember it as the most remarkable funeral I had ever attended. The line up, a true sign of lives touched, wound through Bolton United Church, out the door, down the steps, and around the corner of Nancy Street, spilling onto King. Kay and her family chose the church for its size. And the guests still spilled over from a packed sanctuary into a prepared seating area in the hall upstairs.

“Any regrets in life”? I ask. “My only regret is that we were planning a family trip to Scotland for our 50th anniversary and Dick died the year before” she shares.

“Any bucket list items”? I prod. “They would fill 10 buckets,” she laughs. 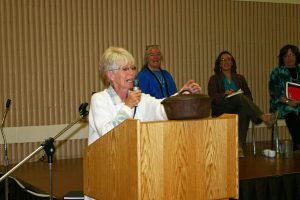 Although she has taught me so much over the years I still have to ask “Any valuable life lessons to share with our readers”? The response is a hearty “Keep an attitude of gratitude, no matter what. Remember things happen for us, not to us. And have a love affair with planet earth, because what we love we take care of!”

What is in the future for Kay? “I love it here in Caledon. I love the people. I love my James Bolton family. I love where I live, surrounded by fields, forests and wild things. But one day I may move from Wild Winds and live in a yurt. Perhaps one on the west coast for winters, one on the east coast for summers, and a cottage somewhere in Caledon for in between!”

Why am I not surprised? 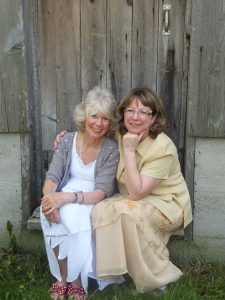 Note: Kay MacDuffee was also a wonderful columnist for a Caledon newspaper, and was abruptly let go in late January 2015, after almost 30 years. On a week’s notice. By email. This did not dampen her spirits or her creative juices. You can continue to follow Kay on her blog at OpenHeartPress.Blogspot.ca and in Take Ten Caledon magazine.