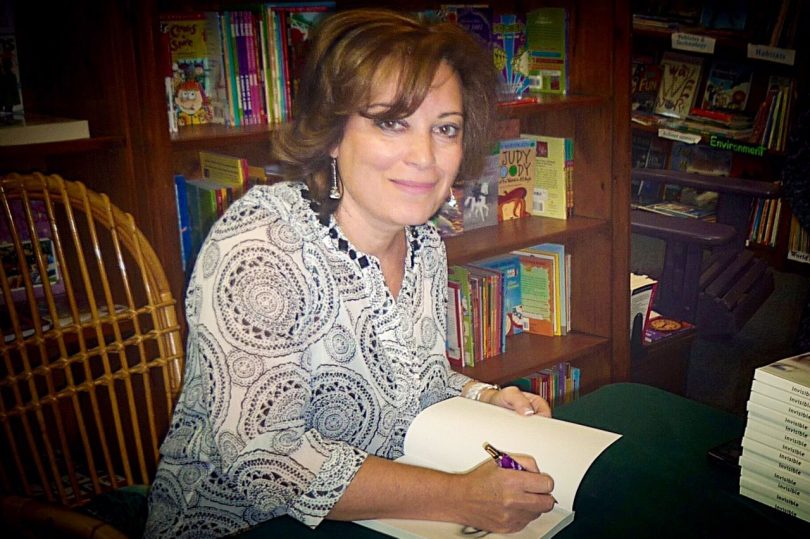 Things that go bump in the night. Whether it’s a paranormal romance or a paranormal thriller, Bolton’s Jeanne Bannon has a way of putting pen to paper and creating characters we can love or fear or both.

Born and raised in North York, Jeanne moved to Bolton via Woodbridge after marrying and having her first child. A job with the social work department of the Workers’ Compensation Board during her early University years was later replaced by an editorial position with Butterworths, now LexisNexis Canada. And the creative spark began to smolder.

Soon Jeanne united that experience as editor with her keen graphic design skills and started designing forms for local businesses. Her own business quickly emerged and her print brokerage and graphic design enterprise thrived.

But somewhere inside this expressive, soft-spoken lady that smoldering spark was starting to flame. Today Jeanne works as both a freelance editor and a writer. She is represented by the Serendipity Literary Agency.

“I’ve always been a daydreamer”, she says thoughtfully. “I see things in everyday situations – ideas for names, plots, characters”. Sometimes it’s like the thoughts are knocking on the door of my mind, even when I’m trying to fall asleep”.

She has learned to keep paper and pen at hand. “In my purse, by my bed, everywhere”, she smiles. “Then when the thoughts come, I can immediately write them down”. 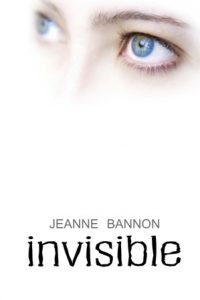 Invisible, Jeanne’s debut novel, is a young adult paranormal romance, and it has been optioned for film. The story is an Amazon bestseller both domestically and internationally.

Another of her novels, Nowhere to Run, tells the story of Lily Valier, a woman of substance and beauty, and her dilemma when she falls in love with a man whose mission it is to bring her down. 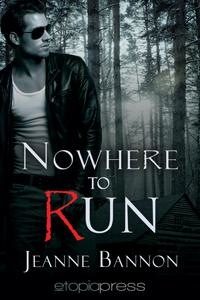 So where do those monsters come in?

Jeanne’s latest book, Beautiful Monster, a novella, was her first foray into self-publishing. “There are so many vampire stories out there, and it was disappointing that they no longer seemed to be true to the genre”, she explained. “I felt I could write a story that was. And as soon as I decided to do it, ideas just started to flow. I knew instinctively what the characters would have to be like”.

Jeanne is currently finishing up work on Dark Angel, a paranormal thriller. I ask her what she feels kindled her desire to write. “I remember writing poetry in elementary school. I remember reading Sidney Sheldon at age 12. I have read every Sidney Sheldon book. And in my teens it was Stephen King. I think being an avid reader makes you a good writer”. 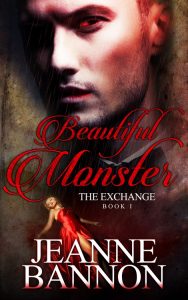 Jeanne also admits “I was bullied as a child; that taught me to be kind and to like people who aren’t the cool people. Also, when I was a teenager, I had my tonsils removed and was inadvertently given the wrong medication. I started to bleed internally and almost died. I think that traumatic experience taught me compassion and sensitivity and gave me insight to what’s really important. Accessing all those emotions, and at a young age, I believe also made me a better writer”.

In closing, I ask this talented lady what keeps her in Caledon. “It’s a small town and very supportive”, she beams. “And I love the way our library shows such interest in local writers. Caledon is a great place to be”.

Note: Beautiful Monster will be on sale for 99 cents from March 21st to March 23rd – on Amazon.com