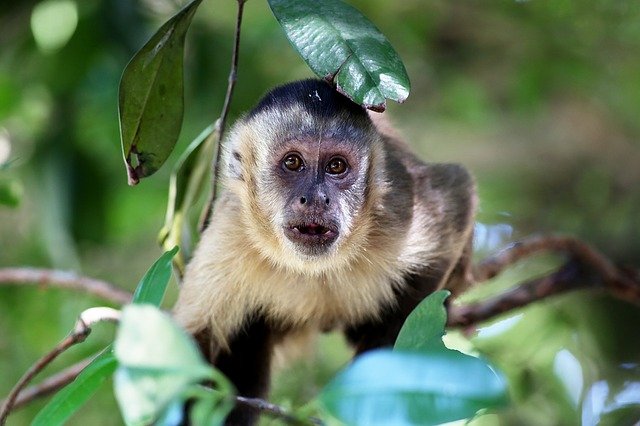 Admission is free and Andrew’s talk is certain to be intriguing. Registration can be done by phone at 905-857-1400.

“Andrew Westoll is an award-winning author, journalist and teacher based in Toronto. A former primatologist-in-training, Andrew traded the real jungle for the concrete one a long time ago, but his experiences with wild animals still inform his work. Most of his writing explores one corner or another of our fraught, curious and ever-evolving relationship with the natural world.
Andrew’s first book, The Riverbones, is a travelogue set in the remote jungles of Suriname, where he once spent a year studying wild capuchin monkeys. His second book, the national-bestselling The Chimps of Fauna Sanctuary, is the biography of a family of chimpanzees who were rescued from a research laboratory and retired to an animal sanctuary near Montreal. The Chimps won the 2012 Charles Taylor Prize for Literary Non-Fiction, was a finalist for several other major book awards, and was named a Book of the Year by the Globe and Mail, Amazon.ca, Quill and Quire and CTV’s Canada AM.

Andrew is Assistant Professor, Teaching Stream, of Creative Writing and English at the University of Toronto Scarborough, where in 2014 he was honoured as a Professor of the Year by the Underground student newspaper. He holds an MFA in Creative Writing from the University of British Columbia, is a Gold National Magazine Award winner, and his feature writing regularly appears in premier venues in Canada and around the world. His books have been published in the USA, UK, Australia and Poland, and his work has been anthologized in Cabin Fever: The Best New Canadian Non-Fiction.”

His new book (a fiction) is “The Jungle South of the Mountain” about a scientist working with Capuchin monkeys in South America, who finds himself embroiled in political upheaval and a mystery surrounding the deaths of “his” monkeys.