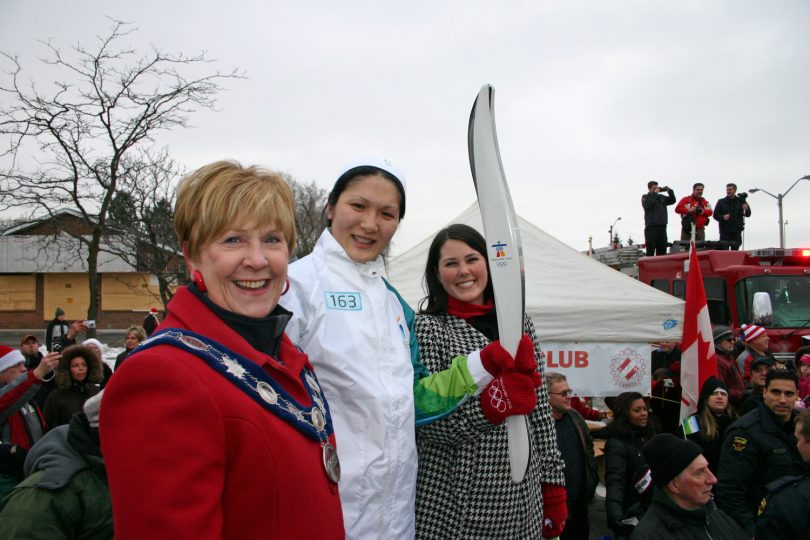 As former Mayor of Caledon Marolyn Morrison was the sort of person people either really loved or, well, really didn’t. Such is the way when someone refuses to walk down the middle of the road, to speak out of both sides of their mouth, or to try to tell everybody what they want to hear.

To Marolyn Morrison politics was never a popularity contest. “I never once did anything just for votes” says Marolyn. “Too many politicians do that. I take great satisfaction in being able to say I would get the facts and then make the right decision, for the right reasons, for the majority of my residents. Few decisions please everybody.”

Many Caledon residents knew Marolyn from meeting her first hand. Her attendance record at local events was quite remarkable. Though certain local press took issue with her running from event to event between Council and Committee meetings to Marolyn it was a vital part of her role to support those doing good in the community. 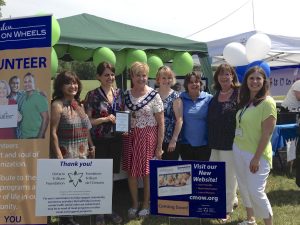 Yet beyond those events not so many knew how she ended up on the path to a political career and what she achieved along the way.

Born and raised in Dundas Ontario, Marolyn met her husband John while attending University of Guelph. “He was working on his degree in Biophysics and I was taking Fine Arts and Business and working part-time in the Physics department” she explains.

“One day he asked me if I was going to the Halloween Dance and I said probably not because I didn’t really know anybody. He replied that if I wanted to go we could go together. The next day I left him a note that read If you are serious about going to the dance together I need to know. He was. And we did. But not before he stopped by later that same day and asked me to go skating” she laughs.

Asked what was the attraction the answer was simply “We were totally comfortable with each other. There was no pretense. Neither of us ever felt we needed to pretend to be someone we weren’t. And both of us loved to dance. So every Friday night we would go downtown, buy one drink, and dance all night”.

About one year later, as Christmas approached, Marolyn and John were on their way to a show in Kitchener and John said “Maybe we should look at buying an engagement ring”. Marolyn replied “Sure, OK”. And they did. The following April they were married.

“We went to Florida camping for our honeymoon and I remember getting very sunburnt and being not in a good way for a few days” she chuckles.

The entrepreneurial couple started house-sitting for professors when they went on sabbatical. “We had to move every 7 months because that’s how long a sabbatical was. But we did that for just over 2 years and saved enough money that we were able to buy our first home, in Arthur.” 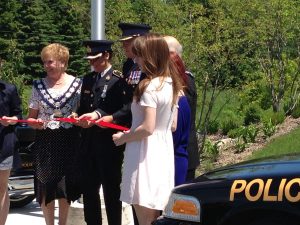 Four years passed and the decision was made to move to Caledon Village to be closer to John’s work which, at that time, was with Upjohn in Orangeville. Marolyn stayed home with their 3 sons and began doing landscape design. John eventually added a grass-cutting business and later they developed a “final clean” business doing post-construction clean-ups.

The Morrison’s 3 sons went to Caledon Central Public School. Marolyn quickly became involved with the PTA and was treasurer for a period. As time went on she initiated the first school yearbook. In 1988 other parents, as well as the school Principal encouraged her to run for the Public School Board Trustee position.

“I remember thinking I really don’t know much about that. So I did my research, going to the Board meetings, reading through the agendas, and thinking about how I would vote on those issues if I were the Trustee. I decided I would run and I took 76% of the vote”.

“That was my initiation into politics really. I enjoyed helping the parents as well as finding ways to resolve their issues while still maintaining a good respectful relationship with the schools. And I found I could do that very well”. The next election no one ran against her and she was acclaimed and served a second term.

Later on John decided to sell his business but at only 42 years of age neither he nor Marolyn wanted him to be idle. So, at Marolyn’s suggestion, he put his name in to supply teach. “With an Honours BSC in Chemistry Mathematics and Physics, a Masters in Biophysics and an MBA he had so many teachable subjects” says Marolyn. “As soon as they found he could manage a class as well they were booking him all the time.” So, again at Marolyn’s suggestion, John went back to school, the University of Windsor, for his Bachelor of Education.

Now with John staying in Windsor during the week, and herself managing 3 young boys, two in Triple A hockey and one in Nordic Skiing, Marolyn cast her eyes on the Regional Councillor position.

“It was 1994 and Dick Pallett was the ward 2 incumbent. I decided to run him anyway because I love a challenge” she smiles. “So, every day, just as soon as the boys got on the bus, I took off knocking doors. I beat Dick by just 19 votes. And that was my beginnings in municipal government”. 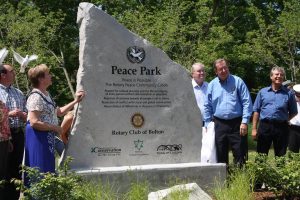 In 1997 Marolyn was acclaimed to the position. And, despite competition, in the 2000 election she won again. In 2002 Marolyn and John had a frank discussion about whether she should try for the Mayor’s seat in the following year’s election.

“We decided I would run and once again I knocked on every door. Four men ran for the seat as well. I won by 400 votes”.

Marolyn ran successfully again in 2006 and was considering retiring at the end of that term. “But when 2010 came along I was truly concerned that there were too many developer issues facing Caledon so I decided to seek one more term. It was a notable election because I became the first person to win all 5 wards. We went from 30 campaign volunteers in my first Mayoral race to over 300 in my third”.

Asked what she loved most about the job the Queen’s Golden Jubilee Medal and Queen Elizabeth II Diamond Jubilee Medal recipient says it was being able to help people, “Especially children and seniors. I loved talking to groups, like the Girl Guides, when they were studying for their Government Badge. And I was very honoured when Big Brothers Big Sisters of Peel asked me if I would mentor a little girl.” Marolyn went on to mentor 2 girls over the next 6 years.

Another favourite moment was when a kindergarten student sent her a letter saying one day he would like to be a Mayor. Marolyn went to visit the child in Caledon Village. “We sat on the patio and drank lemonade and I offered to go with him to class for Show and Tell” she laughs. “He was thrilled and I made sure I wore my Chain of Office when we went and he dressed up in white shirt and tie.”

“And there’s a senior we were able to help one year, when I was on the District Health Council; John and I still take her for lunch every 3 months or so, she’s in her 90’s now.”

So what does a woman with a 26-year political career do in retirement? “John and I are getting in lots of travel. And spending much more time with our sons and their families, which now includes a total of 10 grand-children.” 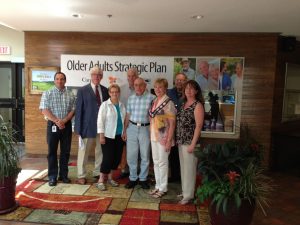 Marolyn’s bucket list also includes learning to weld, writing a book and getting back to painting.

“Still” she admits, “it was difficult stepping away. You always want to stay and tie up every loose end, finish everything you started. But you have to trust that the seeds you planted for things like an area hospital and a college or university, will be nurtured and continue to grow.”

A few other highlights of Marolyn’s Mayoral career:

Marolyn co-founded the Greater Toronto Countryside Mayor’s Alliance (GTCMA) in 2004 and the collective efforts of she and her colleagues have resulted in important changes to provincial policy affecting rural communities.

In 2007, Marolyn was elected to the Board of Directors of the Association of Municipalities of Ontario (AMO) and she continued for several years to sit on the influential Regional and Single Tier Caucus.

She — along with a coalition of nearly 50 Mayors from across Ontario — founded TAPMO, the Top Aggregate Producing Municipalities of Ontario, an Association which she Chaired until her retirement.  An alliance dedicated to developing a long-term, practical approach to sustainable aggregate extraction that will ultimately benefit all stakeholders.

Marolyn also served as a member of Board of Directors of the Greater Toronto Marketing Alliance, a public-private partnership that serves as the key point of contact for businesses exploring economic development opportunities in the Greater Toronto Area (GTA).

Marolyn was Co-founder and Chair of ROAD WATCH which gives residents an opportunity to report dangerous and aggressive drivers to the police.