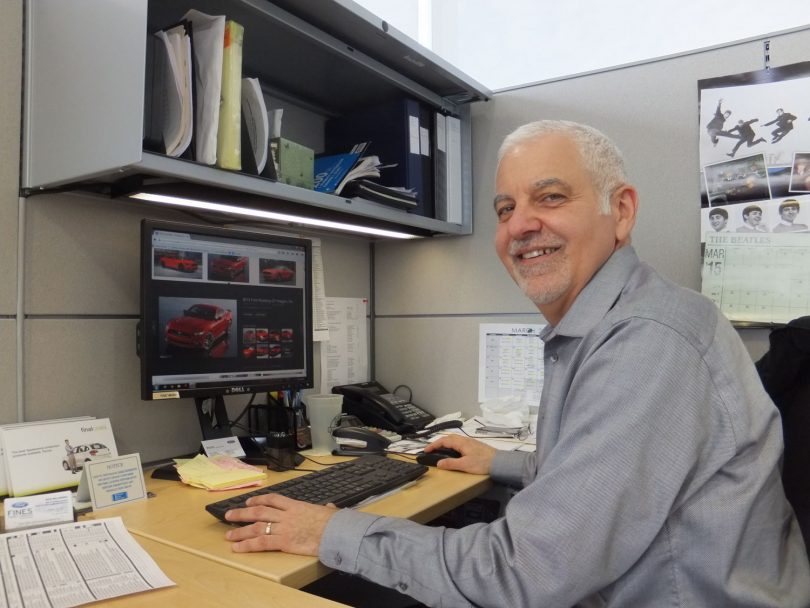 So just what does retirement look like? More and more it looks different for everyone. Take Bolton resident Nick Bellissimo. Thoughtful, soft-spoken, and doing what you wouldn’t expect someone who retired almost a year ago to be doing……Nick is working.

Nick moved to Caledon in his mid-teens when his dad made the decision to leave Toronto behind for a 20-acre farm on Duffys Lane. Previously their weekend retreat the farm now became their new home. Not exactly thrilling news for a teenaged city boy but Nick quickly grew to love Caledon.

Years later, after marrying his sweetheart Carell Lea, the couple bought a home on Bolton’s south hill. His job at Ontario Power Generation (OPG) meant years of long commutes to work. Over 37 years his career there spanned mostly financial positions and, near the end, he worked in purchasing.

“I loved working there, despite the long commutes, but still I was looking forward to retirement” Nick says. “So when the time came, in July 2014, it was very exciting, for myself, and my family”.

It was what happened next that Nick really wasn’t expecting. After just a few short weeks he realized he had a big problem…he was bored. “And I mean truly bored” he laughs. “Every morning. By 11:00.” 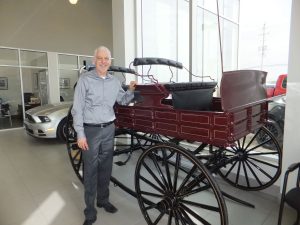 Acting on a long-time interest in cars Nick applied for a position at Fines Ford, a well-known 40-year family-owned auto dealership in Bolton. The successful applicant, he started in November and began working on the floor in January.

“I’m very social and love meeting people. I already have a pension so this job, for me, is not about money. It’s about respectfully engaging with people, listening, and then helping them make a major decision. One that gets them the best value possible for their money.” 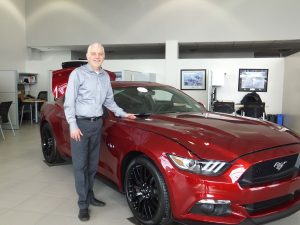 I asked Bob Fines why they chose Nick from among the applicants. “Nick did his research and obtained his OMVIC certification before approaching Fines Ford Lincoln. He came prepared for the responsibilities of automotive retail sales. Nick’s desire to help our clients purchase or lease a quality product in a non-pressure community-spirited atmosphere showed his commitment to both Fines Ford Lincoln and his family.”

Talking with Nick it’s clear he feels very rewarded and fulfilled by this, his second, and unplanned career. So what’s the “revised” retirement plan? “I’m very much a family man” Nick points out. “I don’t have those long commutes now so I have more time to watch our son Vince, aged 19, finish his drywall apprenticeship, and our daughter Marisa finish grade 12 and probably head off to university. And we love to travel, so we’ll be fitting some of that in” he adds.

“And Carell Lea, who also works at OPG, has 3 more years until retirement…so you never know what may happen then”.