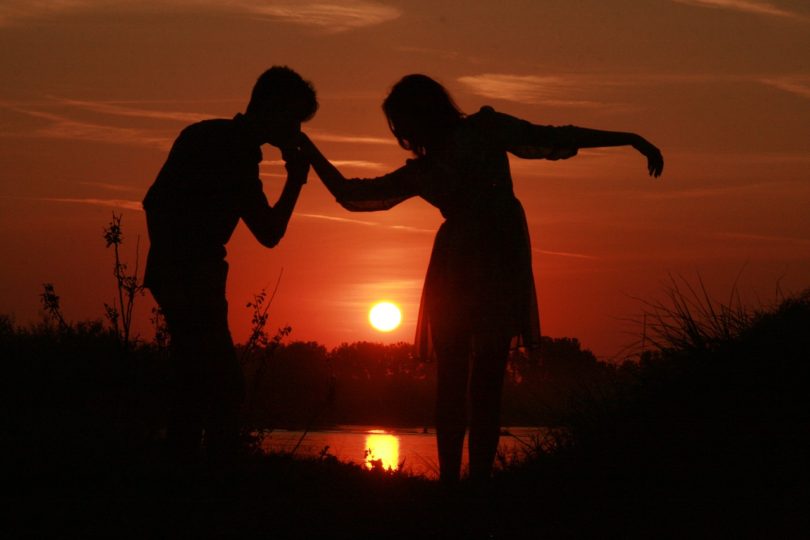 The following was written by Palgrave resident Kira Wronska Dorward and sent to JSC for publication.  It originally appeared on Sad Girls Club Literary Blog.

Everyone called it the Millpond.  Built by an enterprising gentleman to run his saw mill a hundred and twenty-five years before, the less-than-mighty but still prominent Humber River that ran through Toronto and into the wilds of Caledon was dammed after the leveling of the soft cedar trees, now under the still water.  Around the embankment, visible from where they sat, were the decapitated remnants of those trees at the edge of the lake that jutted out at odd angles, the long reeds and grass from the bank enveloping them.

It was a perfect early summer’s day, the dark blue of the water reflecting the sky which reflected the water back.  They sat next to each other on the bench, both of them a freshly innocent nineteen.  For him she was his first.  For her she wished he was her first.  This bench was a well-guarded secret by the town’s youth.  You could only find it if you knew where the secret pass behind the tennis court was as it wound its way down a narrow path through the forest.  On either side of the bench was a precarious dirt descent into the water, coiled and gnarly tree roots the only holds.  Overtime the slight clearing in front of the bench that had been cut had grown again into a leafy archway that made it impossible to see from the highway on the other side of the pond, but gave a perfect panoramic view from the spot itself.  An isolated patch of Eden.

On the other side of the pond, where there was a parking lot and a town tourist sign, was where people fished in a part of the embankment that was level and wide enough to support the sport.  The bridge that formed part of the highway led to the dam’s waterfall on the other side.  All through the spring, the ice that had melted with the rain had roared over the precipice, washing away the hand-made hockey arena maintained by one dedicated citizen and the local firefighters. Now with spring newly finished, the colossal rush of water had slowed and the waters of the pond itself were completely calm.

The calm, the beauty, the perfection of the day wrapped them into each other.  They sat facing the pond, eating the ice cream they had bought at the local convenience store.  Called Sam’s by everyone, no one actually knew who Sam was or had been.  The sign above the convenience store simply said “Convenience Store”.  They stared out at the pond, the people fishing who could not see them, and the cars going to fast passing by on the highway.  In their own private enclosure, seemingly built just for the two of them, they were content to sit without speaking.

Once they finished their ice cream, they waited a few minutes before turning to each other for a deep, passionate kiss.  The kind of kiss that’s not exactly sexual, but somehow more intimate than sex.

That girl would think about that kiss for the rest of her life.  Despite what was to come in a few months’ time- the heartbreak, the abject misery, being unable to escape the constant reminder because the two would live in residence together for the next school year, the memory of that kiss and that day would be with her always, unspoken between them in the years of friendly and belligerent (on her end) drinks and times together to follow.  She inclined her head on his shoulder as they reflected on the pond.

Her head on his shoulder would happen again, in other quiet and content moments together, when for moments there was a confirmation of the intimacy that would always be between them.  She would lie with her head on his shoulder all through the night they broke up, her sobbing and him alternately crying and consoling her in the dark, listening to Hotel California on his outdated boom box.  The window behind the single bed they were sharing was open, a still warm breeze that ultimately had that distinct crisp and autumnal feeling- so unlike that day three months before.  There would even be a stolen kiss years later, when her head went from his shoulder and their lips met for two tentative caresses, before he leapt off the couch and ran out her door.  Those moments were not at the pond.  They were in the city where things were cement and stone, cold and gray.  There would never be a time again where he held her like he had that day and said he couldn’t believe his incredible luck.

That plain bench, really just a slab of rough wood supported by two vertical planks of thicker rough wood, was made of sterner stuff than first loves.  The pond itself was timeless, made simultaneously to enshrine memories and ultimately to outlast them.