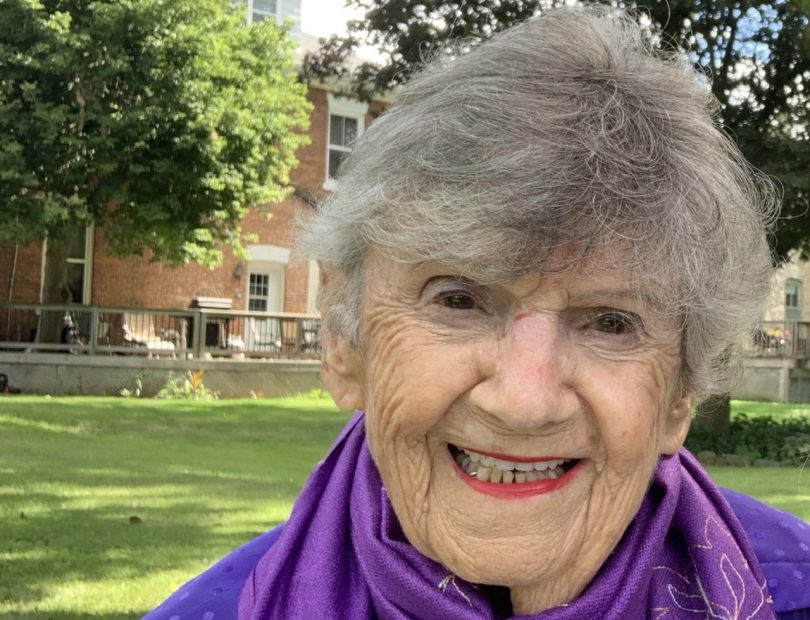 Margalith Esterhuizen, Holocaust survivor and author of the newly released A Light in the Clouds, is celebrating her 95th birthday with an outdoor gathering on August 7 in Caledon. At the event, she will be signing copies of her memoir, published by the Azrieli Foundation.

“I must be one of the few Holocaust survivors still alive,” says Margalith, “and it’s important for me, especially now, [for] the world to know that it happened… I’m proof.”

Margalith was born in Rădăuți, Romania, in 1927. During the Holocaust, she was sent on a death march to a ghetto in the borderlands, a little-known region in Holocaust history called Transnistria, where she managed to survive until she was liberated in 1944.

She eventually made her way to Canada in 1989, settling in Caledon where she still lives today. Margalith began writing her memoir 10 years ago and published it through the Azrieli Foundation’s Holocaust Survivors Memoirs Program in the spring of 2022.

“The survivors we have the honour of working with have endured more than we can ever fathom,” says Jody Spiegel, director of the Holocaust Survivor Memoirs Program. “To see how liberated they feel when their memoirs are published and to partake in such joyful occasions together is such a gift – one that we will never take for granted.”

After achieving the incredible milestone of publishing a memoir in her 90s, Margalith is reaching another: her 95th birthday. To mark the occasion, she is inviting friends, family and the public to her backyard between 2:00 p.m. and 4:00 p.m., where she will speak with guests and sign copies of her book. Everyone in attendance will receive a copy of A Light in the Clouds.

For the location of the gathering in Caledoncaust, please contact memoirs@azrielifoundation.com