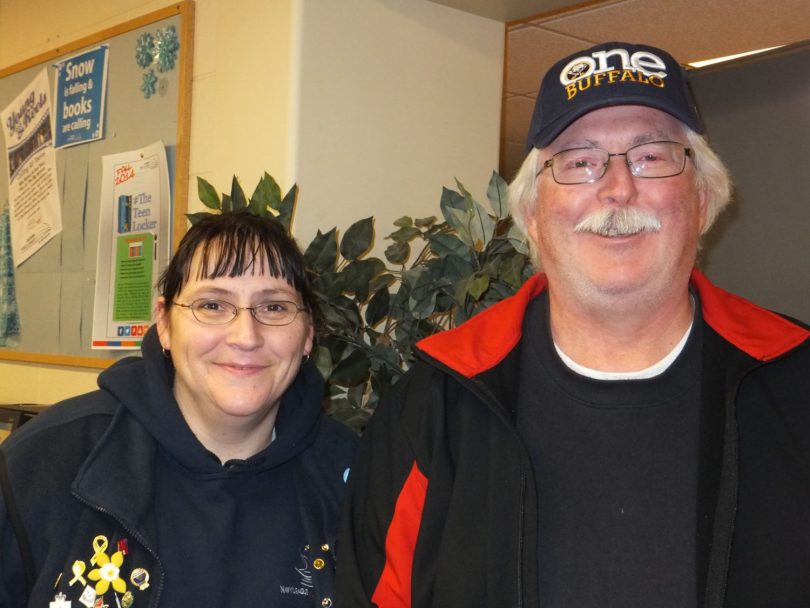 Bolton’s Harold Janes was born in Paradise. Really. Paradise, a small Newfoundland town nestled on the Avalon Peninsula, just a handful of miles from the rugged coastline of Conception Bay.

Paradise, whose first settler was Harold’s grandfather, was a one-street town. Actually make that a gravel road, through the bush. Land had been given to him after the war and, as time went on, pieces were carved off for friends looking to relocate to the area.

By the time Harold was growing up in Paradise the population had swelled to about 2,800 and today is a bustling 17,000 or so. His first job, at the ripe old age of 14, was cutting logs in the dense bush. And Harold didn’t like it. At 16 he found work operating dump trucks, which ultimately led to a job with Dufferin Concrete today.

But, in between, Harold tried his hand as a pipe-layer. And one day, in his early twenties, he found himself living a nightmare. While working deep in a trench a collapse buried Harold and co-worker deep under the earth. A pocket of air kept them alive while the rest of the crew gently excavated until they were free. “I don’t know how long it was, but it seemed like hours” he says. “I went back to driving cement trucks after that”.

In 1984 Harold met the love of his life. Wanda lived in St. Philips, just northwest of Paradise, and right on the coast, with a perfect view of Bell Island. And as adventurous young people they always found time for that view and for trips over to the island.

After marrying in 1987 they headed to Ontario to start a new life together, settling in Clarkson. But not long after Harold’s mom was diagnosed with cancer and the couple pulled up roots and returned to Newfoundland.

Then in 1996 they set their sights on Ontario again. Wanda’s sister and several friends had made Bolton their home. Now blessed with 2 children, Dawn born in 1991 and Jared born in 1995, Wanda stayed back for a few months until Harold made the trip and got settled in. Harold, the epitome of proud family man, grimaces “Leaving them behind was the hardest thing I’ve had to do in my life”.

“So I know why you chose Bolton, why do you stay”? I ask. The answer is simple and straightforward “Because we’ve come to love Caledon”.

Where you’ll see them in Caledon: Harold and Wanda are long-time, dedicated community volunteers. Currently you will see them in very active roles with the Bolton Sea Cadets. Harold describes Wanda, a detail person, as the “head” behind this dynamic duo. Wanda describes Harold, an outgoing people person, as her “public relations guy”.

Everyday warriors have everyday challenges: This high-energy couple both work while committing countless hours to Sea Cadets, a program that son Jared enjoyed from age 12 to 18. Harold and Wanda have stayed on because they truly believe in the value of the Cadet program for youth. They also provide constant care for 23-year old daughter Dawn who was born with Down Syndrome.

In a perfect world: “We’d win the lottery and, after seeing that my family was looked after, I’d distribute the rest to people who could really use it”, says Harold. “Especially to youth programming. People and businesses need to do the best they can to support our youth. It means a lot, they are the future”.