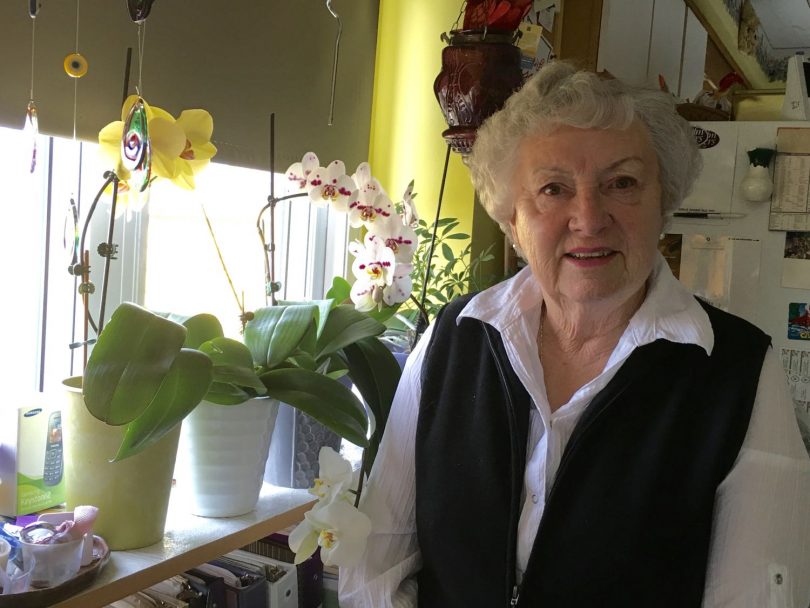 In the 1960s Heather Ghey Broadbent and her husband Peter made a decision to head “across the pond”. The couple left the UK and were staying in an apartment in Downsview.

On a mission to escort a Scout group to camp at Albion Hills Heather and her husband passed through Bolton. “We really liked what we saw” says Heather “so we went looking to see who was building. We chose a site on the north hill and moved into our new home when it was ready the following year in 1970”.

That marked the beginning of a decades-long love affair between Heather and the history of her beloved Caledon. It has been a symbiotic relationship that has nurtured her passion for history while helping Caledon to discovery its roots.

The first test of that relationship was to come in 1973 when Heather, her husband and a visiting friend from Australia were involved in a horrific auto accident on Airport Road just south of Mayfield. “We had just dropped my mom off at the airport as she was returning home to England” Heather explains.

A Bolton firetruck heading to a house fire that, unknown to them, was already out, came southbound over the crest of a hill and hit them head-on. Heather, Peter, and their children Gayle and Keith were all injured and hospitalized for weeks. The Australian friend died.

“The community rallied around us like we could not believe” Heather recalls. “Even Ivor McMullen, who was destined to become Caledon’s first Mayor in 1974 as the Region of Peel was formed, sent along a beautiful bouquet of red roses”. Just a few days before Heather had hosted a Mayoral Candidates Meeting in her own home. 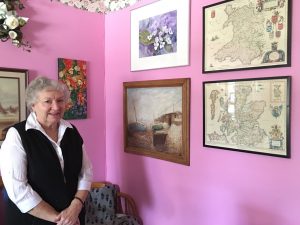 After her recovery Heather’s insatiable curiosity about her new Caledon home soon saw her asking folks like Werden Leavens why there was no historical society here. Mr. Leavens informed her that another lady had been asking as well and that the Rotary would try to gauge community interest.

Eventually the Rotary hosted a get-together one evening following their regular meeting and the room was full. It was here that Heather met Rowena Coleman (now Cooper); the two women were destined to drive interest in Caledon history.

“I remember other people at that meeting” says Heather, “like Murray Hesp, David McFall, Russ Cooper, and Beryl Goodfellow”. “That meeting really marked the birth of the Albion Bolton Historical Society which is now 41 years old”.

Virtually everyone in Heather’s family had a passion for history. And even at the young age of 8 she had exhibited a considerable interest in Egyptian history when it was being taught in school. In fact her teacher had fondly come to refer to her as Nefertiti and a nickname Neffie, that has lasted until this day, was born.

“I remember when I was growing up in Hampshire, on the edge of the New Forest, my grandparents came to live with us after their home had been bombed” Heather recollects. “One of my grandfathers was always showing me his cigarette cards. Some of them were about military history and I remember him showing me one about British Regiments and telling me about his experiences as a soldier”.

The grandfather had been in the Boer War and subsequently was in what we would here call the Reserves; in Britain it was called the Territorials. Then when WW1 started he was called up again even though he was in his 40s and he became a Regimental Sergeant Major.

“During WW2 he would mend shoes and polish boots. I remember him polishing my footwear until they had an absolutely spectacular shine. Other girls at school would want me to wear theirs home for a night so they could get that same shine” she laughs.

Heather’s grandmothers had no shortage of challenges either. And stories of rationing and queuing for food have been handed down through the family. “Until this day I can’t waste food” Heather admits. 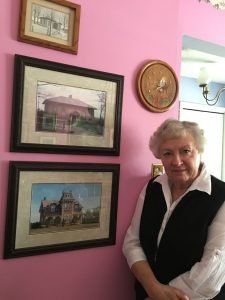 As time went by Heather was asked to sit on the Board of the Peel Museum. When Rick Frost, a former CAO of the Region of Peel, started to express concern about the safety of old records the group was asked to start the Archives. Heather also became Chair of the Art Gallery Committee.

In 1976 she accompanied Grant Clarkson and Russ Cooper, visiting all 3 lower tier Peel municipalities, to discuss the opportunity for each to appoint heritage advisory committees. Their efforts resulted in Peel being the first Region or County in Ontario to have such committees.

Then in 1977 after meeting the outgoing and incoming Presidents of the Ontario Historical Society at a conference Heather was invited to sit on that Board as well. She went on to serve as 2nd Vice President, then President (1981) and finally Past President for the Board.

In 1985 Heather was finally hired on as Heritage Officer for the Town of Caledon, after 11 years of basically filling the role as a volunteer. She retired from the position in 2000.

Recently celebrating her 81st birthday has not slowed our enthusiastic local historian down. The dual medal winner (a Bi-centennial in 1984 and a Queen Elizabeth ll Golden Jubilee Medal) continues her involvement on groups like the Multicultural History Society of Ontario’ “I get to meet people of every conceivable background and culture” she smiles, “it’s fascinating!”

“I really have been blessed with a marvellous life” Heather beams, speaking about her career, volunteer work and 2 grown children Gayle and Keith.

Heather also still enjoys her involvement with the Albion Bolton Historical Society, the Bolton Community Action Site group, the former Humber Watershed Alliance, the Caledon Heritage Foundation, and she was an active participant in the public process for the Bolton Heritage Conservation District (HCD) study.

“I was involved with 2 earlier HCDs” she explains, “in Meadowvale and in Oakville.” “The Bolton study is the best I have seen. We were fortunate to have very talented consultants. Now of course we optimistically await the decision regarding the appeals that were made.”

Asked what is the solution to building a community appreciation for our roots and respect for our valuable heritage Heather’s response is beautiful in its simplicity. “We have to inspire people to care.”History in the Making