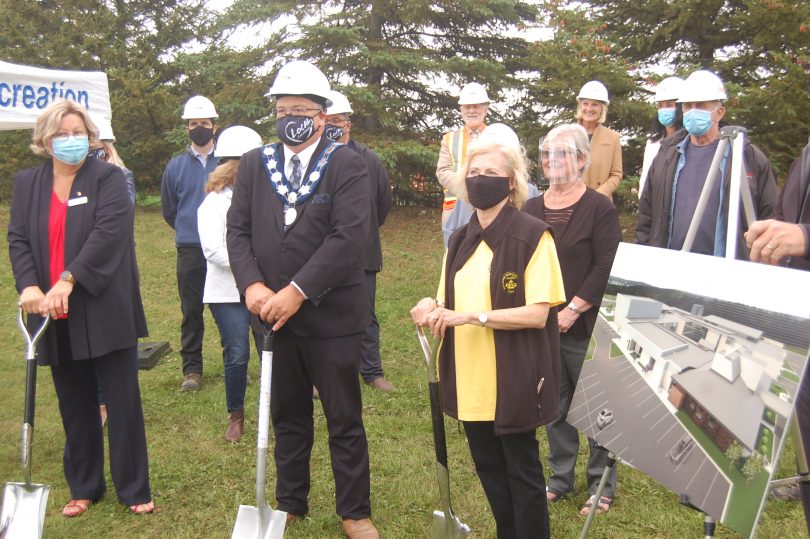 Twenty six years after the facility was built and more than a few years when the need for most space became apparent, the long-awaited $10-million expansion to Rotary Place in Bolton, the home of the head office of the Caledon Seniors Centre, is underway.

Construction by design builder Percon Construction Inc. is expected to start shortly, with an anticipated completion by the fall of 2022. 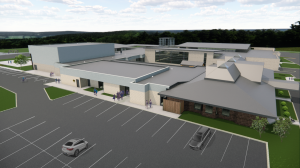 Designed by CS&P Architects Inc., the concrete block and brick veneer wing will include three new multi-purpose rooms, a new commercial kitchen, a new OPP satellite station, storage space and connection to the Caledon Centre for Recreation and Wellness.

It will be built to the south of the existing structure to avoid impacting on the Rotary Place parking lot and the Town of Caledon says the construction will be managed carefully to ensure there will be minimal impact on the surrounding residential and environmental areas.

As well, the project will include a major renovation of the existing building to provide administrative offices and enhancements to programming spaces and that will begin immediately afterwards the new section is built.

The project is the culmination of long-term planning efforts by the Town and the Caledon Seniors Centre and those efforts were recognized during an official ground breaking ceremony at the site on Sept. 24.

“It’s critical that we invest in programs and services to help Caledon residents age in place,” said Caledon Mayor Allan Thompson, who oversaw the ceremony.

“I’m excited about this expansion project as it will serve not only our aging population but all community members.”

In his remarks, the mayor thanked town staff for their work in ensuring the project would move forward, as well as the staff at CS&P Architects and Percon Construction: “who are going to make sure our vision for this expansion is realized. 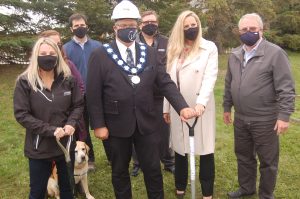 “I also wanted to give a big shout out to the Area and Regional Councillors for Ward Five Tony Rosa and Annette Groves. You were both tireless champions for this project.”

Joining him at the podium were two guest speakers with an intimate connection with Rotary Place. One was Caledon Seniors Centre past president Nora Martin and the chair of its expansion committee which began lobbying for the expansion in 2016.

The centre has approximately 1,000 members and the services and programs it provides will become even more crucial as Caledon’s senior population increases, said Martin, who also referenced the role of the Ward 5 councillors.

In an interview after the ceremony, Martin pointed out the existing facility only has two meeting rooms and that requires having to ‘juggle’ its various programs. That situation has become even more acute with the social distancing and reduced space capacities imposed by the pandemic, she said.

“Today is a big day for all of us as we celebrate the ground-breaking ceremony of the Rotary Place Centre Expansion,” said the second guest, Bolton Rotary Club president Rita Cantelon.

Noting that the Rotary Club was actively involved in the planning, designing and actual construction of the original facility, she paid tribute to the Rotarians of that time who hung drywall, painted, dug sewers, and insulated the attic and completed “whatever had to be done.”

Cantelon said it would be “remiss” of her not to the dedication and contributions of businessman Harold Egan and pharmacist Bob Smith for making Rotary Place a reality. The two meeting rooms in the building are named after those individuals.

The town took over the facility in 2011, but the club still holds it monthly meetings there.