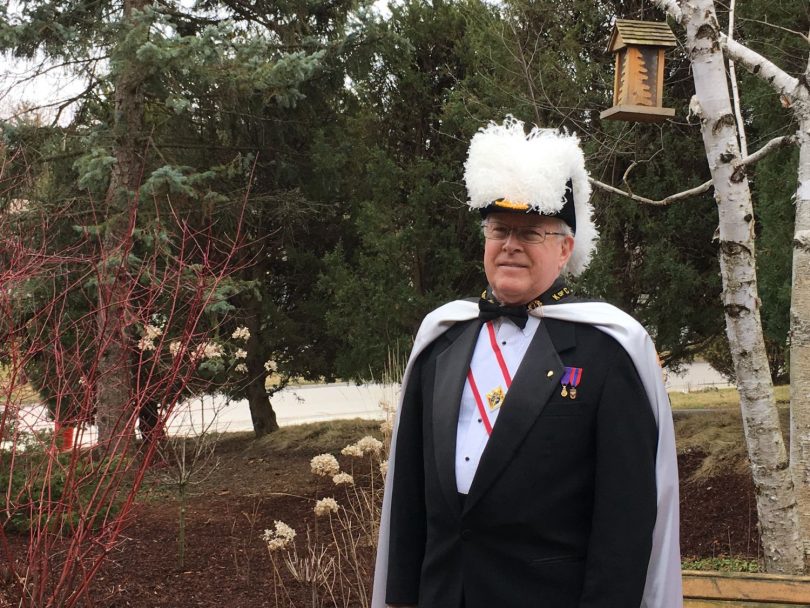 Why is it that some towns feel like, well….towns, while others truly feel like communities. The answer of course lies with the people who live there, and their ability to see beyond themselves and think in terms of the greater good.

While we’ve all heard the possibly over-used expression “giving back” it seems that for some folks those words are not even something that really enters their decision-making processes. They just inherently know that contributing to the greater good of their community is the right thing to do…and with that in mind…they just do it.

Case in point, a familiar resident of the Bolton valley, Jerry Gorman.

Jerry and his wife Clare, a trained nurse, moved to Bolton in 1971, following a job offer Jerry received to teach at Mayfield Secondary School. The couple had recently spent some time in England and, having just moved back to Toronto, were house-hunting, job-hunting and considering starting a family.

That year they purchased the home at 78 King Street West. “It was the home of Harold Egan” he explains “and everyone who met us for years to come would say “Oh you’re in the Egan house”. “If I remember correctly the sign coming into the core read “Population 900 and it changed the following year to Population 1200”. I don’t believe there was more than 2 traffic lights between here and Mayfield School.”

“Clare and I liked the home because it was in the midst of everything. You saw the school buses, the fire trucks, basically there was so much going on around you it was impossible not to feel connected to the community. Bolton valley is really like a bowl and I’ve always liked the feeling of closeness that comes with that” he adds.

Over time the couple adopted 2 wonderful sons, Michael and Stephen, who are now grown with families of their own.

As Clare went on to add Fitness Instructor, Master Trainer and YogaFit Instructor to her resume Jerry became Geography Department Head at Mayfield in 1975 and then ultimately made the decision to retire in 1996 and delve even deeper into his community interests.

In 2007 Jerry was recognized with a Town of Caledon Distinguished Citizen Award. From 2002 to 2009 he consistently volunteered with the Canadian Red Cross Blood Donor Clinic. With respect to youth this volunteer-extraordinaire has given the gift of time and effort to the Bolton Wanderers Soccer Club, and the Bolton Scouts.

Jerry has served his community well on the Humber Valley Heritage Trail Assn where he has been President since 2013, the Bolton Community Action Site committee as a founding member and Chair (2007-2015), the Knights of Columbus (Charter Member and former Grand Knight with the Bolton Council), and as Eucharistic Minister at Bolton’s Holy Family Church. 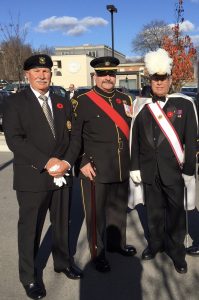 While enthusiastic about all of his community involvements he is quick to point out that the Bolton Community Action Site committee has played significant roles in dozens of projects with respect to the beautiful Humber River as it winds through Bolton. Projects that involved walking paths, trail bridges, pedestrian underpasses, stone steps, armour stone benches, historic kiosks, park improvements (such as those at Sunkist Woods, Dicks Dam, Founders Park, and Humber River Heritage Park), William Dick Agricultural Works Cairn, wetland plantings, reforestations, riverbank remediations, and more.

As we wrap up our interview and I thank him for his time I get a response that’s in true Jerry-style. “No problem! My goal in doing this is to encourage more people to become involved. After all it’s this kind of engagement that really makes a community”.