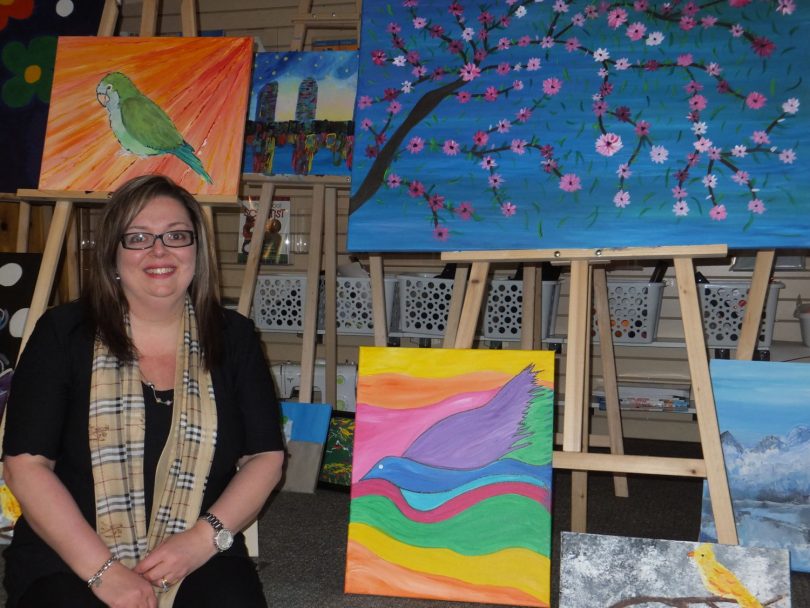 With a warm smile Enza Falzone encapsulates her “now” in just one sentence, “I feel like this is where I am meant to be; that this is really my calling and that I’ve found my niche”. And after just an hour with this passionate-about-learning, insightful lady I’m inclined to agree with her assessment.

Born in Toronto and raised in Vaughan Enza moved to Bolton in 1993 when she and her husband decided it was more affordable for first-time buyers. They stayed because it “didn’t take long to figure out Caledon is a wonderful place to raise a family”.

In her earlier years, between high school and university, Enza worked teaching summer programs, for the City of Vaughan Parks and Rec department. Later on she became Director of the Fine Arts department. By the time she married and moved to Bolton she had a couple of years under her belt at a private school in Richmond Hill.

“I always loved working with children so I knew early on that I wanted to be a teacher” she confides. “And I love working with children who had some difficulties, children with exceptionalities. It is extremely rewarding to help them find what works for them. The mainstream programs don’t necessarily work for everyone, some kids just need a different way to learn”.

After Enza and her husband Sam had their second daughter Joanna, a sister for Nina, she made the decision to stay home with her children. And, after 5 years, when she started to think about going back into the workforce, she began to contemplate doing her own thing. “I was, and still am, focused on the idea that everyone is different and the best way to teach people is in the way that they are able to learn. I wanted a path where I would be better able to address people who needed different learning styles”.

So in 2003 Enza brought Oxford Learning Centres to Bolton by purchasing a franchise. She owned that business for 7 years and describes it an experience where she “grew as a person, and learned a lot about business”. But in 2010 she began to feel a need to transition and in 2011 she opened Caledon Studio where she focused on art-based learning for the next 3 years. 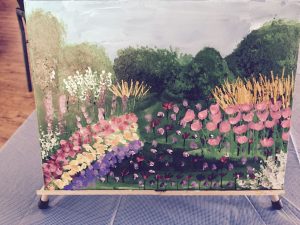 She had noticed that children who have difficulty focusing on academics were often successful in art. She began to wonder if focus was really the issue or perhaps was it just that the material needed to be presented in a different way, a creative, more interactive way. It was from this revelation that Hummingbird Education Centres was born.

Still operating at the same location on Ellwood Drive West in Bolton Enza has, over the course of a year, transitioned all Caledon Studio programs to Hummingbird. At the Centre students, of all ages and skill sets, can participate in one-on-one learning programs as well as creative art workshops, all within a holistic learning approach. Hummingbird also offers on-site private workshops in schools and nursing homes in addition to corporate team-building seminars. 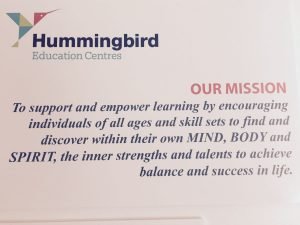 In May Enza will be launching a special program, for adults living with exceptionalities, called LEAD…Life skills, Education, Artistic Development.

In closing I asked Enza for her own “life philosophy” and she answered easily “Focus on the positive, follow your heart, follow your dreams”.

You can learn more about Enza and Hummingbird by calling 905.951.6984 or at: HummingbirdEducationCentres.com