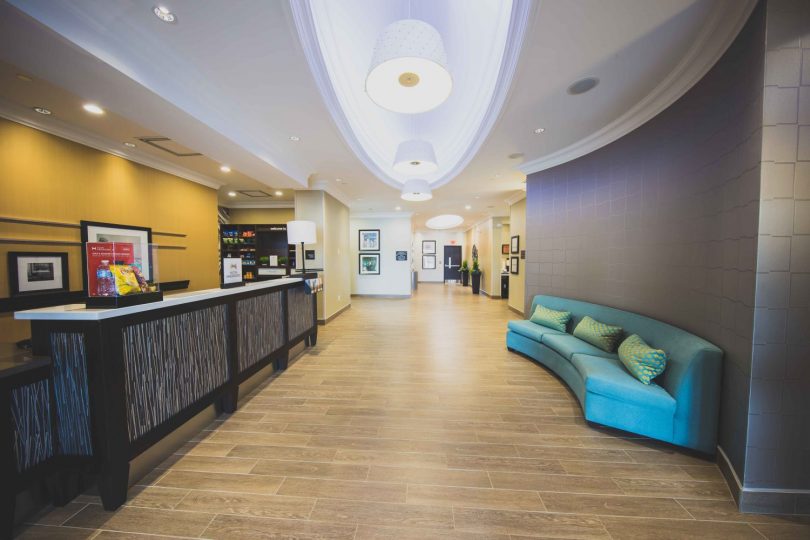 Warm and welcoming. Stylish and modern. When you walk thru the front doors of Bolton’s new Hampton Inn and Suites those are the words that come to mind.

The foyer is full of light to match the smile of the lady behind the front desk and you feel instantly that this would be a great home away from home. And this perfect jewel of a hotel graces the little town of Bolton. 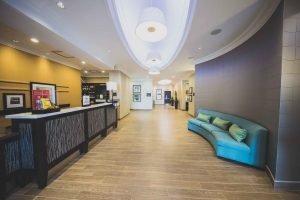 The warm and welcoming are simply an extension of the Mands, the family behind the hotel. Sam Mand and his wife Kulwinder have 3 grown children – Manu who manages the hotel, Maninder a doctor and Amneet a law school student.

Manu speaks with great pride about his father “He really is a good news immigrant story. He came here in 1972 and worked hard, in construction, to create a life, and a family. It’s wonderful to see what he has accomplished”.

Those years of hard work and saving paid off and eventually the Mand family found themselves building hotels as well as doing residential and commercial property management. It was in 2004 that Mand Hospitality purchased the property where the hotel now sits. 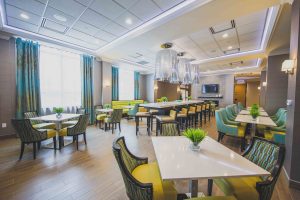 A year or so later Walmart opened and “things started happening” says Manu. “We had a lot of offers but we really wanted to do our own thing, to build a hotel and manage it ourselves”. The family did their own market analysis which concluded Bolton was ready for a brand name hotel, as well as what type of “product” would be a fit.

“Again Mand Hospitality was approached by a number of chains but Hilton, who owns the Hampton Inn and Suites brand, was definitely the right choice for us and for this location” explains Manu.

“The former Mayor and Council were tremendously supportive as was Town staff. We have worked with many municipalities including Brampton, Mississauga and Toronto, and it really was encouraging the way Caledon supported us so enthusiastically. After about a year to get all the proper permits and everything in place the construction itself took about another 15 months. My father made sure that any sub-contractor work went to local companies”.

The hotel has the honour of being the first Hampton Inn and Suites in Canada to introduce the new Forever Young package. It’s the bright and modern theme and colour scheme you’ll notice throughout the property. “We were so fortunate that Hilton launched the package when they did. We were just at the perfect moment during construction to grab the idea and implement it” Manu smiles. 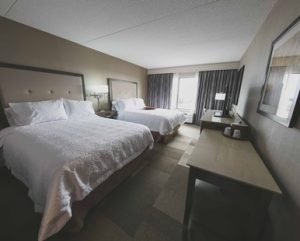 And the family’s “support local” philosophy is still in play as the Mands diligently use area restaurants for any catering needs for their meeting rooms and try to hire locally as well.

Manu adds “The hotel opened in April and we were soon off to a fantastic start due to the Pan Am Games. We were sold out completely for the month of July. The Pan Am Committee stayed here and we were the location for a number of events including a torch relay”.

After that terrific start the Mands have been hard at work connecting with the local corporate community and golf courses/weddings for bookings. And the Mands make a concerted effort to be involved in the community. As well the hotel is a welcome addition to the community for sports teams, equestrian events, soccer tournaments, etc. 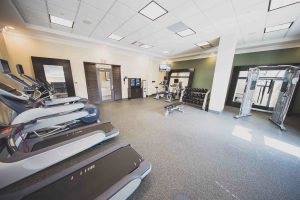