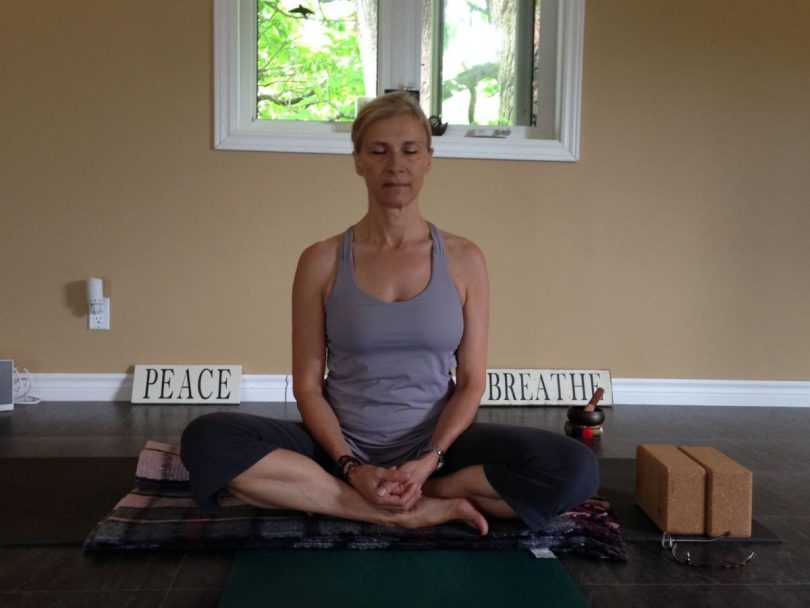 It was green. So green it felt like a little piece of Ireland. So it was easy, stepping out of my car, to see how the name Evergreen was chosen.

It was mid-August and I had just arrived at the home and studio of Jean Szmidt. Nestled on Humber Station Road in Caledon, the spacious studio overlooks 6 lush Irish-green acres, backing onto the Trans Canada Trail and Albion Hills Conservation. The property is, in a word, serene.

Jean Szmidt is someone who has truly found herself and this place feels like the right place for her. Her calm aura exemplifies someone who is a Certified Meditation and Yoga Instructor. But by the end of our interview I also see her as someone with great strength. Physical and mental. Can-Fit Pro Trainer. Cancer Survivor. 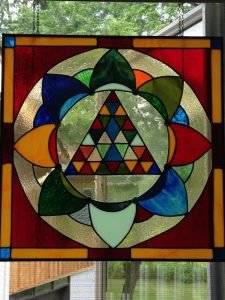 Jean and her husband, an IT Consultant, moved to Caledon in 2000. “Instead of a cottage up north and a house in Toronto, we looked at Caledon as being the best of both worlds”, she smiles.

During her 20 plus year career in procurement Jean used to go to the gym every day. Then one day a friend convinced her to try a Yoga class instead. “When the class was over 3 words came to mind “This makes sense” she said. “It was like I had found the missing piece”.

Shortly after that Jean left her role at Kellogg Canada and started a B & B at their Caledon home. Now an avid Yoga enthusiast she ramped it up and by 2005 she had completed her certification as a Yoga Instructor.

“I started to notice how different clients had different issues, some of which prevented them from doing want they wanted to do. Some couldn’t do certain postures, for example”, she explained.

Recognizing that the missing element was strength Jean proceeded to take fitness training and in 2010 became certified as a Can-Fit Pro Trainer. “Now I can help my clients do work with weights and get the benefits of weight-bearing and bone-building” Jean says.

“My goal is to customize my classes to what my clientele needs. Classes are an integration of fitness and toning, ending with therapeutic yoga, with a focus on Yin Yoga, deep stretching and decompressing, wonderful for the spine and hips”.

It was an odd feeling of pressure and the need to take a washroom break whenever she did poses on her abdomen that led Jean to an uncommon visit to the doctor. A CT scan confirmed a diagnosis of stage one ovarian cancer in January 2012. Surgery to remove the 4″ x 4″ x 3″ mass was followed by 5 rounds of chemotherapy. Jean only missed teaching 2 classes. “To me you’re either character-building or you’re a victim. I chose not to be a victim”. 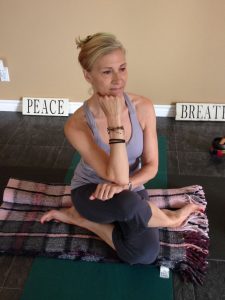 Jean also credits her Naturopathic Doctor, Aubrey Rickford, who is based in Bolton, for guidance and assistance through her cancer challenge. “I would also say that really we all know what is right for us and what is wrong for us, if we just take the time to listen” she adds.

During this particular character-building exercise Jean’s dad suffered a serious stroke. Just 9 months later he passed away. “It really was a year from hell” Jean recalls. But the experience gave her insight into what it means to be diagnosed, treated and survive cancer. Insight that led to yet another facet of Evergreen Yoga.

“I call it Yoga for Cancer Warriors. It’s one-on-one, completely customized, and tailored to fit whatever stage a client is at in their journey. My intention is to help them remain centred during that journey as well as help them build, maintain, and regain strength, via breath work, meditation, mindfulness and postures”.