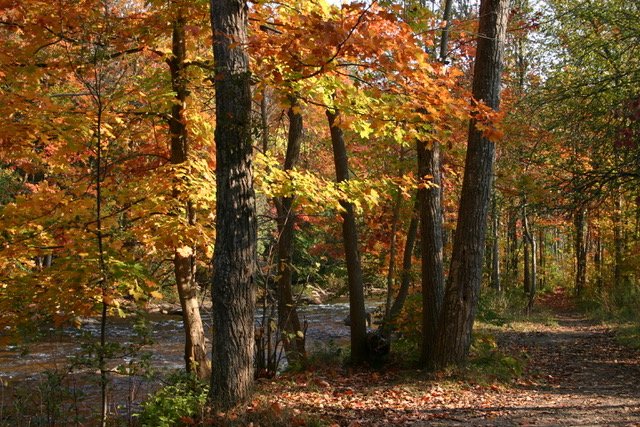 Judy Mabee, Chair of the Coalition and President of the Belfountain Community Organization stated that, “The Coalition is not deterred by the Minister’s Decision.  We will continue on with our work to protect this highly valued coldwater Brook Trout population in the West Credit River. We are more than willing to work with the Department of Fisheries and Oceans and other federal and provincial regulators, including the Town of Erin and its consultants, to advocate for a wastewater plant that sets a new best in class industry standard for the protection of sensitive coldwater receiving streams.”
Brook Trout are the ‘canary in the coal mine’, and the West Credit River has one of the few remaining self-sustaining native Brook Trout populations in Southern Ontario. Brook Trout are a highly sensitive species requiring cold and pristine waters.
The Erin Wastewater Treatment Plant will pose a significant threat to Brook Trout with the daily discharge of 7.2 million liters of warm sewage effluent into West Credit River coldwater habitat.  The release of this sewage effluent will create an oxygen depleted and toxic plume that will extend several hundred meters downstream into Brook Trout spawning, rearing and nursery habitat.
Ms. Mabee said, “We will leave no stone unturned in our effort to protect Brook Trout and the unique coldwater habitat of the West Credit River.”
“The Coalition would like to thank all those people, organizations and municipalities for supporting the Coalition’s Designation Request by signing our petitions, writing letters to decision makers, calling the Ministers’ offices, their MPs and MPPs to speak up for Brook Trout, Redside Dace, reintroduced Atlantic Salmon, and a healthy West Credit River ecosystem. The Cut the Crap, Keep the Credit petition has garnered over 22,000 signatures – so thank you everyone for your strong support. We are still wading through all the federal Impact Assessment documentation, but stay tuned, because we have more work to do”, said Mabee.
The Coalition for the West Credit River represents the following organizations: the Belfountain Community Organization, Izaak Walton Fly Fishing Club, Ontario Rivers Alliance, Ontario Streams, Trout Unlimited Canada – Greg Clark Chapter and the West Credit River Watch.