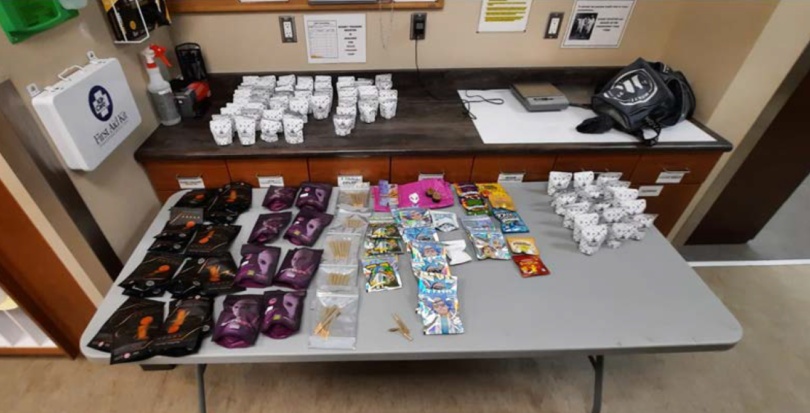 On Tuesday, July 20, 2021, at approximately 11:12 p.m., officers from the Caledon OPP Detachment were conducting a RIDE spot check in the area of Highway 410 ramp to Valleywood Boulevard.

As officers were ensuring compliance of drivers, they observed a black sedan make a U-turn on the ramp and drive the wrong way into oncoming traffic to avoid being stopped at the RIDE spot check.

The suspect vehicle continued travelling North on Highway 410 to Old School Road, where officers were able to intercept the vehicle safely.

As a result of the police investigation, the driver, Isaiah OJO, 26, of Toronto, was arrested and charged with:

– Dangerous operation of a motor vehicle

– Driving while under suspension

– Possession of over 30 g dried cannabis in a public place

A large quantity of cannabis products were seized.

The accused is expected to appear at the Ontario Court of Justice in Orangeville on September 30, 2021 to answer to the charges.