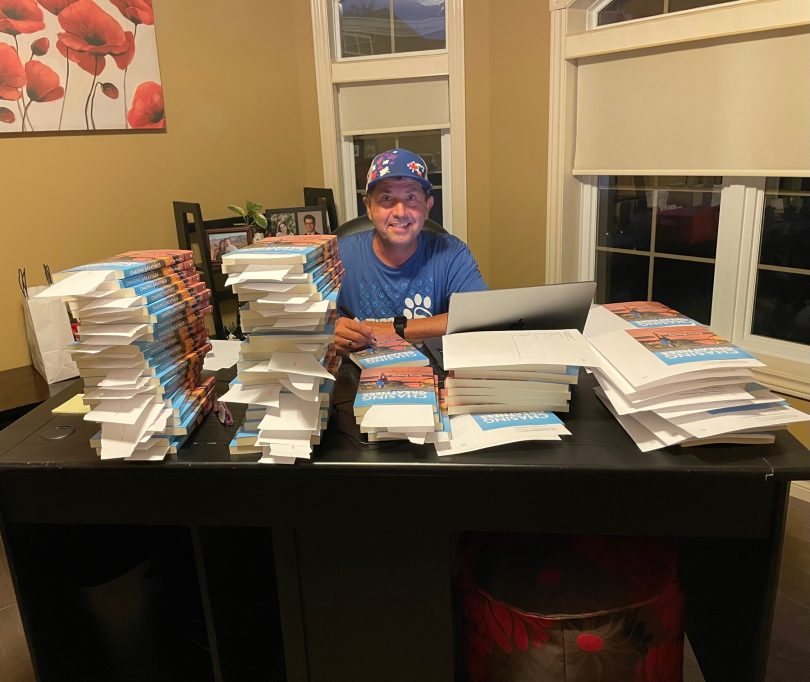 If you know the sport of triathlon, you know Barrie Shepley. And, in fact, if you live in Caledon, the name is even more familiar. Barrie’s name is synonymous with C3 Canadian Cross Training Club and their multitude of sporting events at the C3 James Dick Quarry.

The former Olympic coach has just self-published his first book Chasing Greatness. The book, available at Caledon locations, is a collection of stories about passion and perseverance in sports and in life. They are stories that will make you laugh, cry, hold your breath in anticipation and make you jump from your chair in applause. The author describes it as a love story with his community. 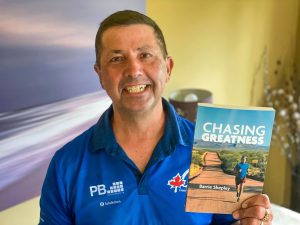 The story begins in 1984 when Barrie Shepley, a local Olympic coach, watched Alex Baumann win gold in the LA Olympics and vows to one day go to the Olympics and hear the Canadian anthem. Sixteen years later it happened when his athlete Simon Whitfield won gold in Sydney. Whitfield’s success has led Barrie to 6 Olympic Games as coach and as commentator for CBC. Barrie’s athletes from Caledon and surrounding areas have been to the past 5 Olympic Games.

A true Canadian sports legend, Barrie began his professional coaching career in 1991 with Canada’s national triathlon team. Since then he has coached over 500 people to championship titles, Pan American Games and World Championship medals, as well as successful Hawaii Ironman and Boston Marathon finishes.

In 2000 Barrie was selected as Canada’s first Olympic Triathlon Coach and he became one of the strongest voices advocating for the sport triathlon.

His unforgettable commentary eventually made him “the voice of triathlon” with his World Cup Triathlon Series TV commentary, and he’s been a well-known fixture in the sport ever since.

Currently, as president of the Coaching Association of Ontario, Barrie advocates for fair sport in the name of our coaches and athletes, not just in triathlon, but for all athletics across the board.

You can support local shops by purchasing your copy of Chasing Greatness at Forster’s Book Garden in Bolton or at Coywolf Coffee Shop in Inglewood. You can also purchase it at ChasingGreatness.ca or through Amazon.

If you purchase your copy before July 29th you are also entered for the opportunity to win prizes like a Kinetico Water System, a Simon Whitfield picture, Lululemon Gift Cards, Christine Sinclair Soccer Jersey, Andre De Grassi Spikes, and more.