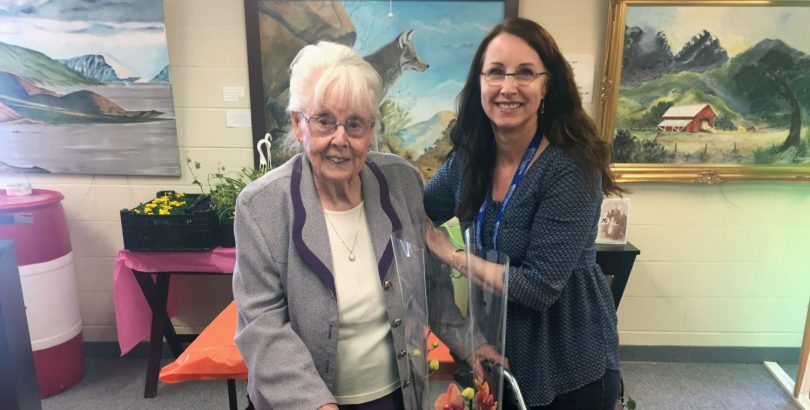 As Canada celebrates 150 years, Caledon Public Library celebrates the 50th anniversary of the Albion and Bolton Union Public Library. At a special evening last week, former chair of the library board, Dorothy Stewart, was recognized for the volunteer work that she undertook 50 years ago for this special centennial project.

Back in 1961, the National Centennial Act was established to celebrate Canada’s 100th birthday and support projects related to historical significance. This provided funding of over 2,500 projects, including 75 new and renovated Ontario libraries, totaling $200 million. Smaller municipalities, such as Albion and Bolton, joined together to combine their financial resources.

In 1967, during Canada’s centennial year, Dorothy Stewart was the chair of the library board and led the local centennial project in the Town of Bolton. Through her efforts, The Township of Albion and Town of Bolton collectively opened a new building, the Albion and Bolton Union Public Library, on May 28, 1967 on Ellwood Drive. Mr. William “Bill” Davis, M.P.P for Peel North and Minister of Education joined Bruce Beer, M.P. for the federal riding of Peel at the opening ceremony.

Moving away from the classic revival styles of the Carnegie library era, the new centennial libraries often followed a modernist style. The Albion Bolton joint project was no exception, with a flat roof design that was raised with triangular ornamentation. The exterior of the building was brick, with insulated aluminum panels on the side to allow for future expansion.

Dorothy was instrumental in securing funding for the union of these 2 community libraries and on the occasion of the one-hundredth anniversary of the Confederation of Canada – July 1, 1967, Dorothy was awarded the Centennial Medal “in recognition of valuable service to the nation” honouring her work on this project.

Dorothy has gone on to a lifetime of volunteer contributions to the community including being an active member of the Anglican Church Women, Rebekah Lodge and Brampton Quilters’ Guild. She has also sat on the board of Caledon Community Service (CCS). Dorothy co-ordinated with the Rotary Club to provide linens and knitted goods, like hats, scarves and mittens, for residents in Sioux Lookout. As well, her group of knitters have contributed 1,600 knitted bears to charity, through Samaritan’s Purse. 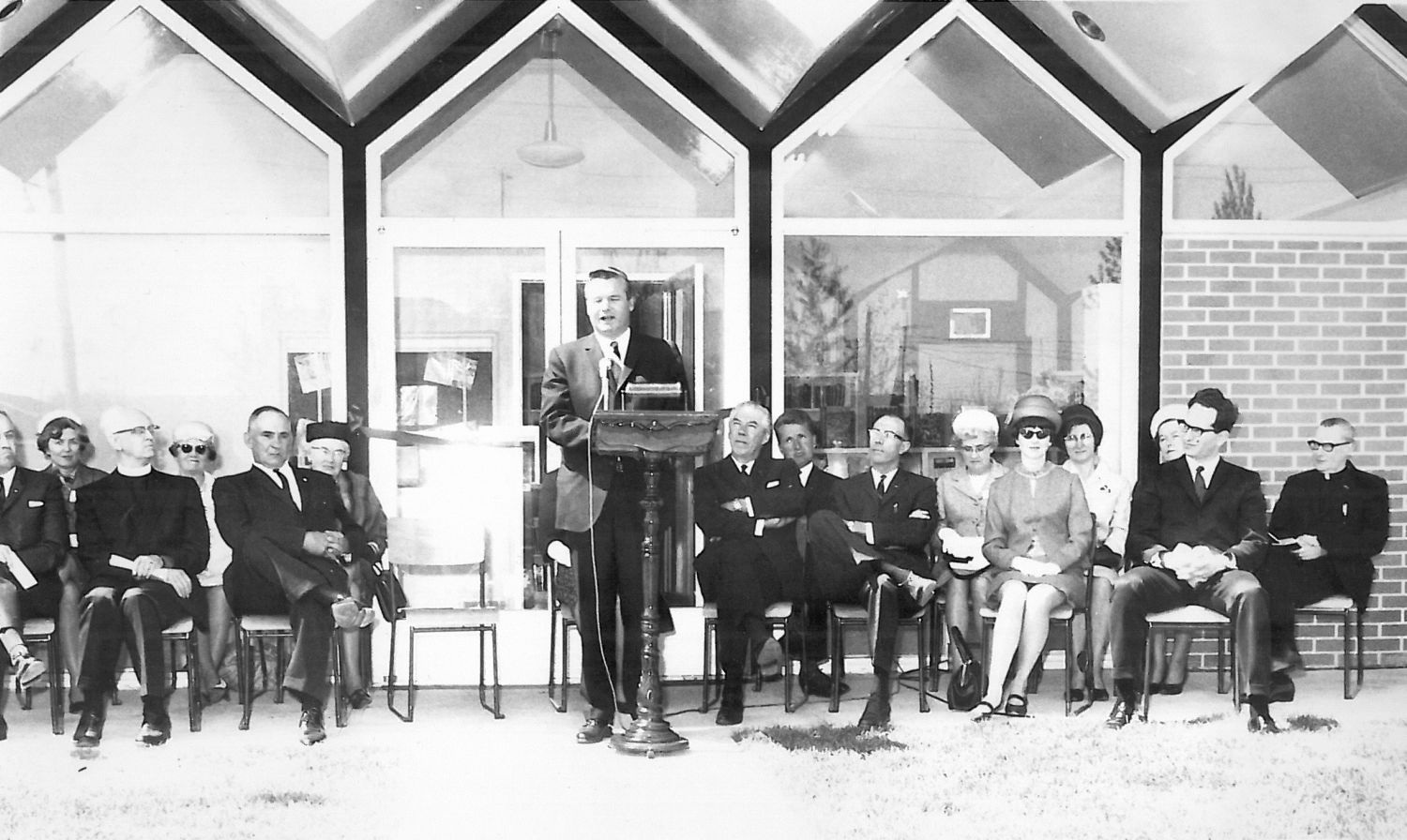 Mr. William “Bill” Davis, M.P.P for Peel North and Minister of Education at the opening ceremony. 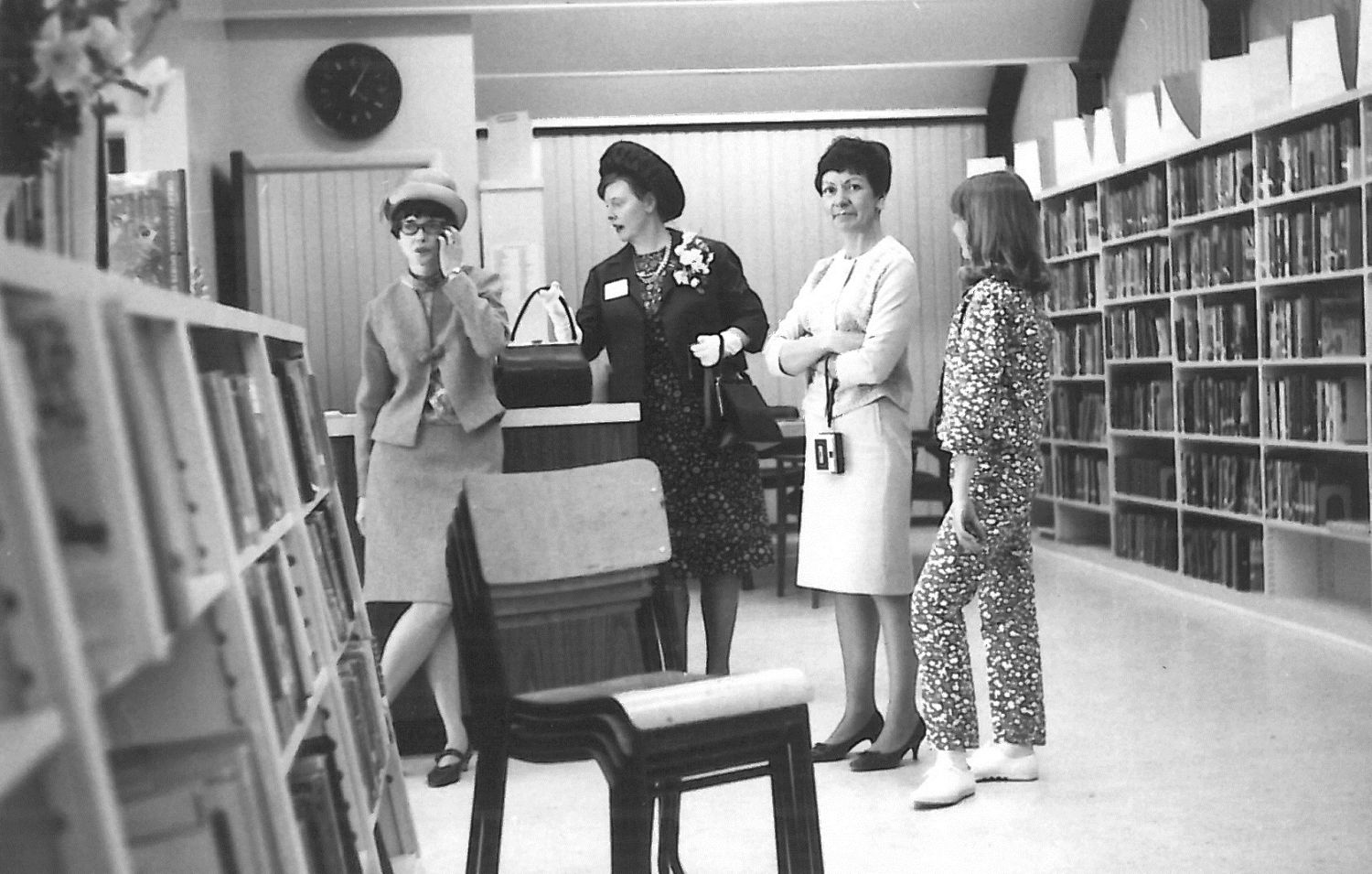 Librarian and patrons with Dorothy Stewart. 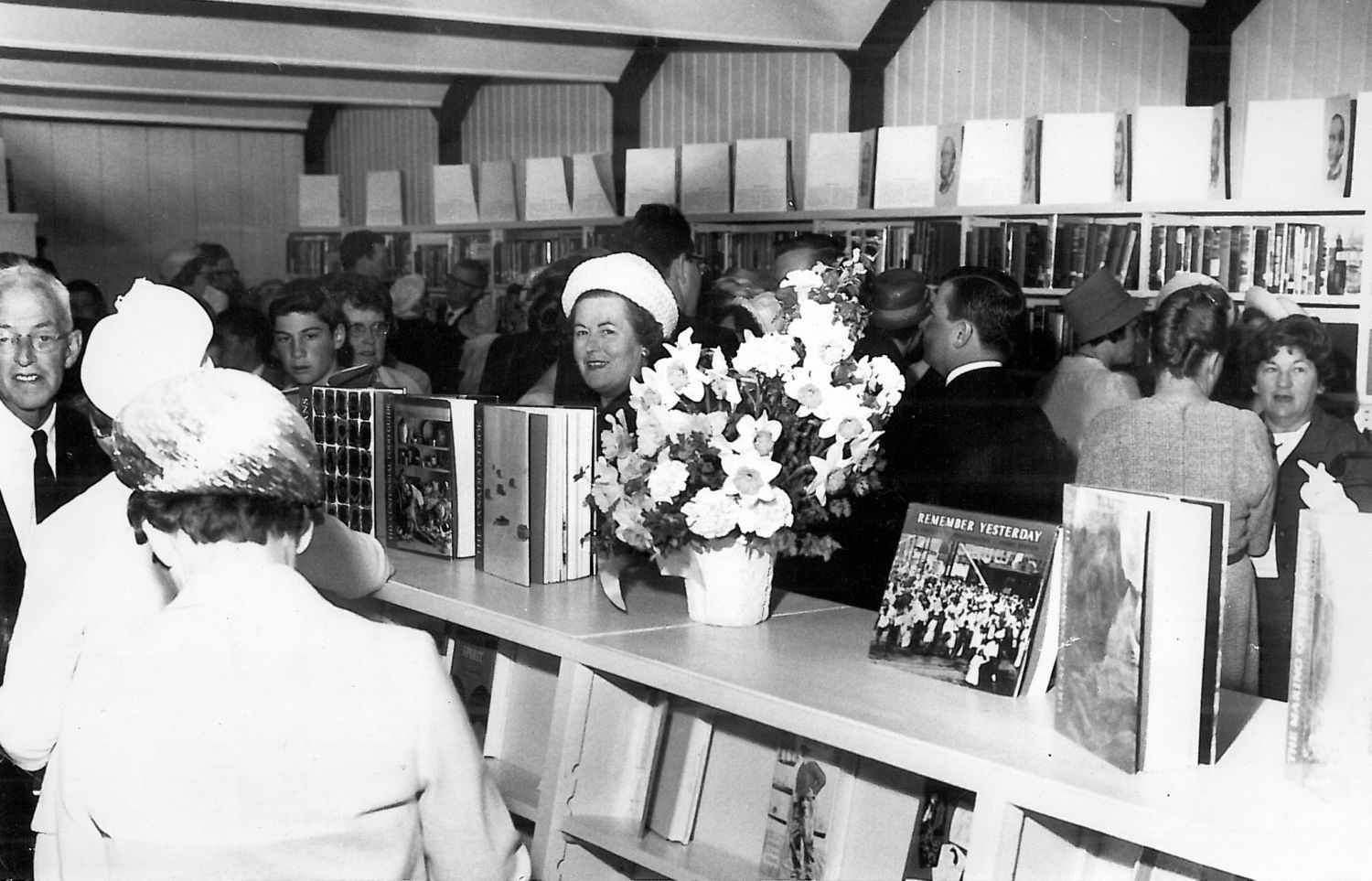 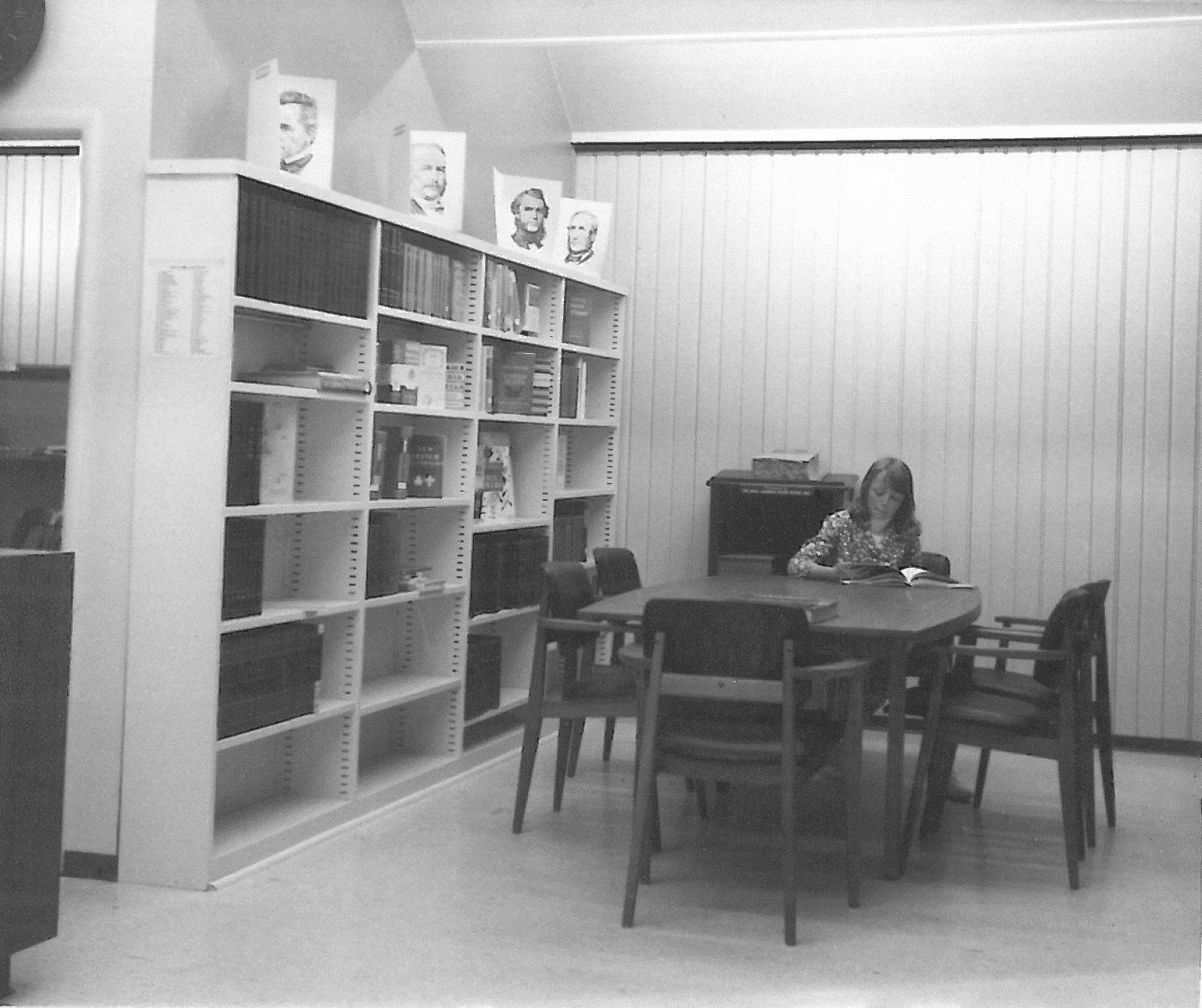 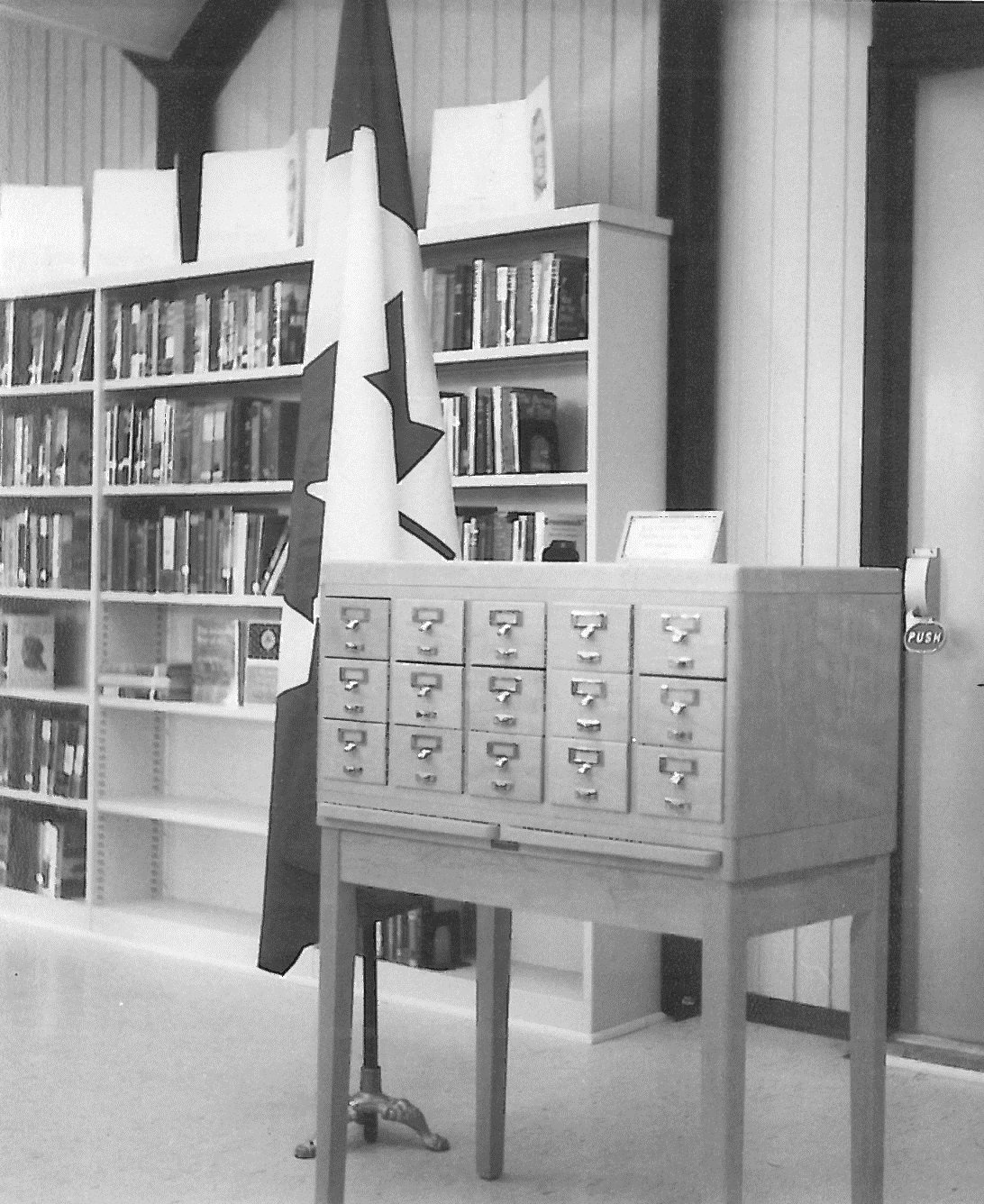 New card catalogue for the branch. 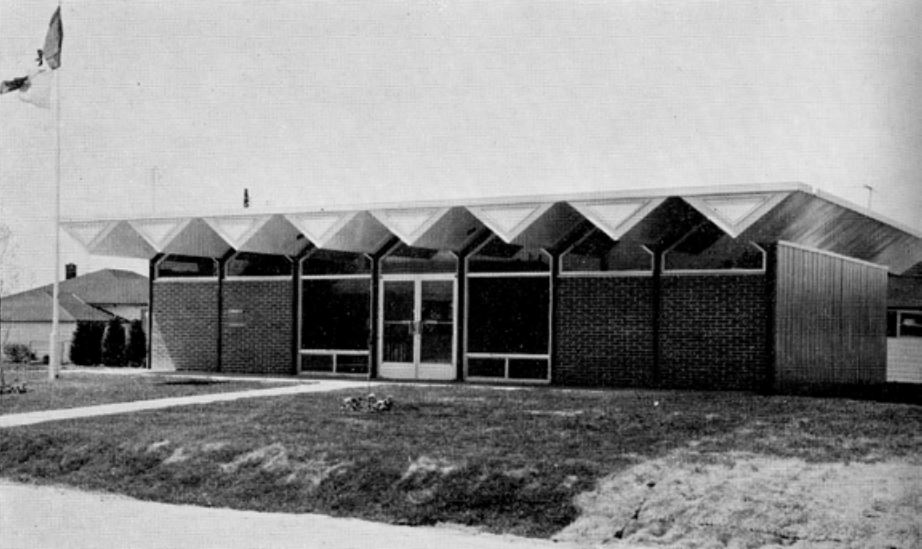