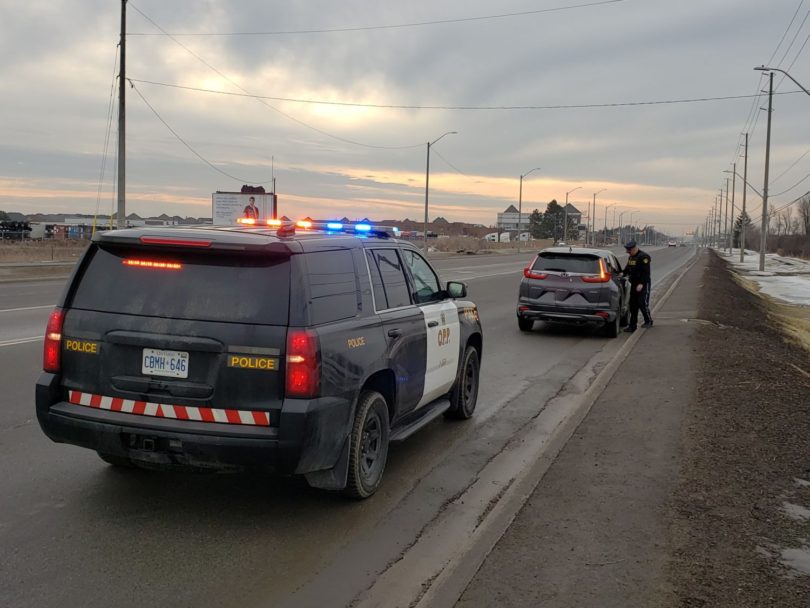 On Sunday, July 11, 2021 at approximately 10 p.m., officers from the Community Response Unit of the Caledon Detachment of the Ontario Provincial Police (OPP) observed a vehicle travelling at a dangerously high rate of speed on Highway 10 in the Town of Caledon. The vehicle was caught travelling 185 km/h in a posted 80 km/h zone, while making a series of high speed lane changes and weaving through the southbound traffic on Highway 10.

The officers conducted a traffic stop and arrested the driver for Dangerous Operation of a Motor Vehicle and Stunt Driving. Further investigation revealed that the driver was under the influence of alcohol. The driver was subsequently transported to the Caledon OPP Detachment, where breath samples were obtained resulting in a reading of 180 mg of alcohol in 100 ml of blood.

As a result, a 24-year-old resident of Brampton, was charged with:

• Dangerous operation of a motor vehicle

• Possess more than one licence.

The driver’s vehicle was impounded for 14 days and driver’s licence suspended for 90 days.

The accused is expected to appear at the Ontario Court of Justice in Orangeville on September 23, 2021 to answer to the charges.