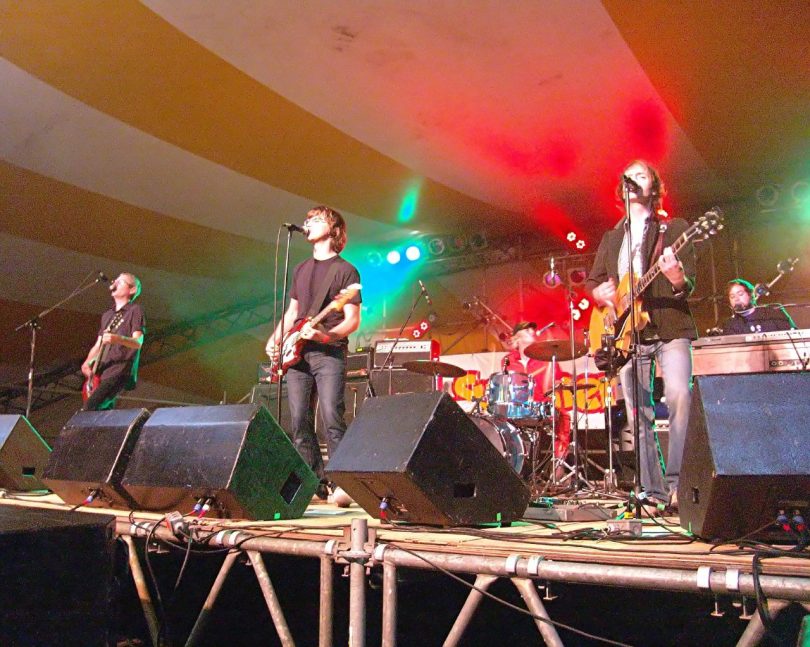 Husky Injection Molding Systems Ltd., the world’s largest brand name supplier of injection molding equipment and services to the plastics industry, has stepped up as the sponsor of the Caledon Day Main Stage, which, this year, brings headliner, and Juno Award winning rockers, Sloan to Caledon.

“Husky is a globally-respected organization with impressive worldwide success, and we have always been proud that they are one of the crown jewels of Caledon’s business community,” said Mayor Allan Thompson.  “I know my Councillors join me in thanking Husky for partnering with us as the lead sponsor of our signature community event.  In this year of celebrating Canada’s 150th, it’s a great time to be #CaledonProud!”

“Our mandate and our markets are worldwide,” said John Galt, President and CEO of Husky. “But we’ve never forgotten our roots here in Caledon and it gives us tremendous pride to be associated with this wonderful community event.”

Set to take the stage June 17, Sloan is an award-winning band, with a career spanning over 25 years, and 11 albums. The band has received a Juno Award for Best Alternative Album, and many more Juno nominations, including Best Rock Album. Sloan has released over 30 singles, with “Everything You’ve Done Wrong”, “The Good in Everyone” and “Money City Maniacs” making the top 10 chart in Canada.

Opening for Sloan is Practically Hip, a Tragically Hip tribute band based in Southern Ontario. Practically Hip was established in 1997, and has played clubs, universities, and colleges in Canada and the United States. The band appeared with acts such as Kim Mitchell, David Wilcox, Colin James, Big Wreck, Sass Jordan, and Gowan.

Caledon Day “X” represents the tenth anniversary of Caledon’s premier all ages festival.  Established in 2008, Caledon Day celebrates this community’s rich and unique heritage, history, and diversity. The event has grown from a local fun fair to a full-blown community festival with something for all ages and interests. Caledon Day has hosted over 50,000 visitors, friends and families. Caledon Day is held at the Town Hall Campus on Old Church Road in Caledon East.