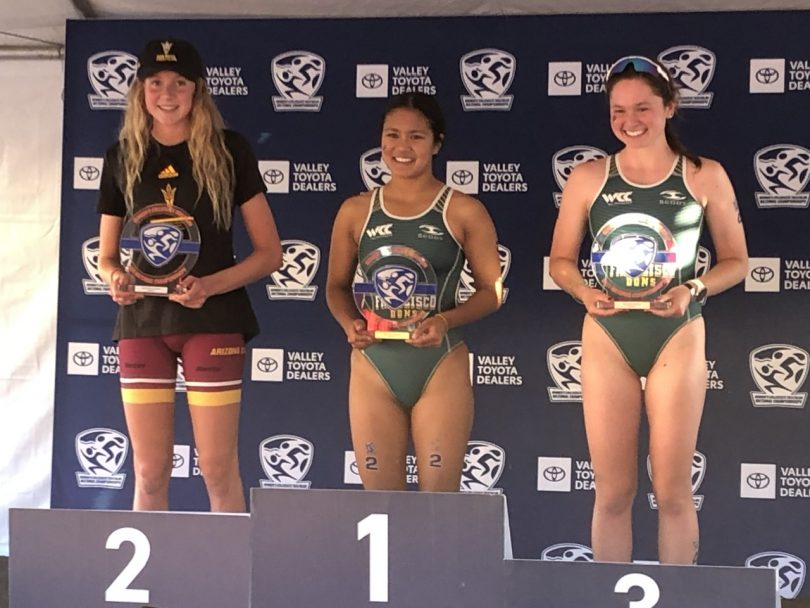 Nineteen-year old Kira Gupta-Balthazar has been training with Caledon’s C3 and former Olympic coach Barrie Shepley for four years.  Ironically, when she was just seven years old, she did her first C3 Caledon Kids of Steel Triathlon.  (See photo)

Since then Kira has been dedicated to the sport of triathlon and hopes to one day go the Olympic Games for Canada.  This past weekend, she helped her University of San Franciso Triathlon team with a overall individual win against North America’s best college women. 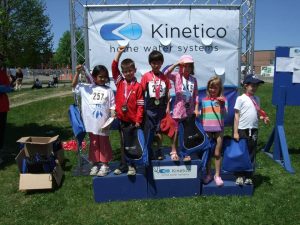 Kira has swam hundreds of hours in the local C3 James Dick Quarry in Caledon Village.  On Saturday all those hours paid off as she was first out of the water, first off the bike and won the overall NCAA Title.

“Beating all the best women in the USA, some who are 2-3 years old than Kira is truly a remarkable accomplishment” said C3’s Barrie Shepley. “Kira is a byproduct of her talent, hard work and the incredible support of local business like James Dick, Kinetico, Royal Containers, Benson Steel, RA Tech and Nuvo Iron.”

Training during an 18 month pandemic is not easy, but with indoor bike trainers, the C3 quarry and resources team mates, Kira was able to overcome many odds. Its been a very busy 14 days for the local athlete.  She raced in St George Utah two weeks ago (winning the race) then had to fly to Portugal for the World Junior Championships (where she was top Canadian) and then back to San Francisco for exams before heading to Tempe, Arizona for the NCAA Championships his past weekend.

Kira will take a nice regeneration break from hard training and focus on her semester exams before coming back home for the holidays.  “All of C3 is so incredibly proud of Kira, and her coaches, family and team mates for this incredible accomplishment” said Shepley