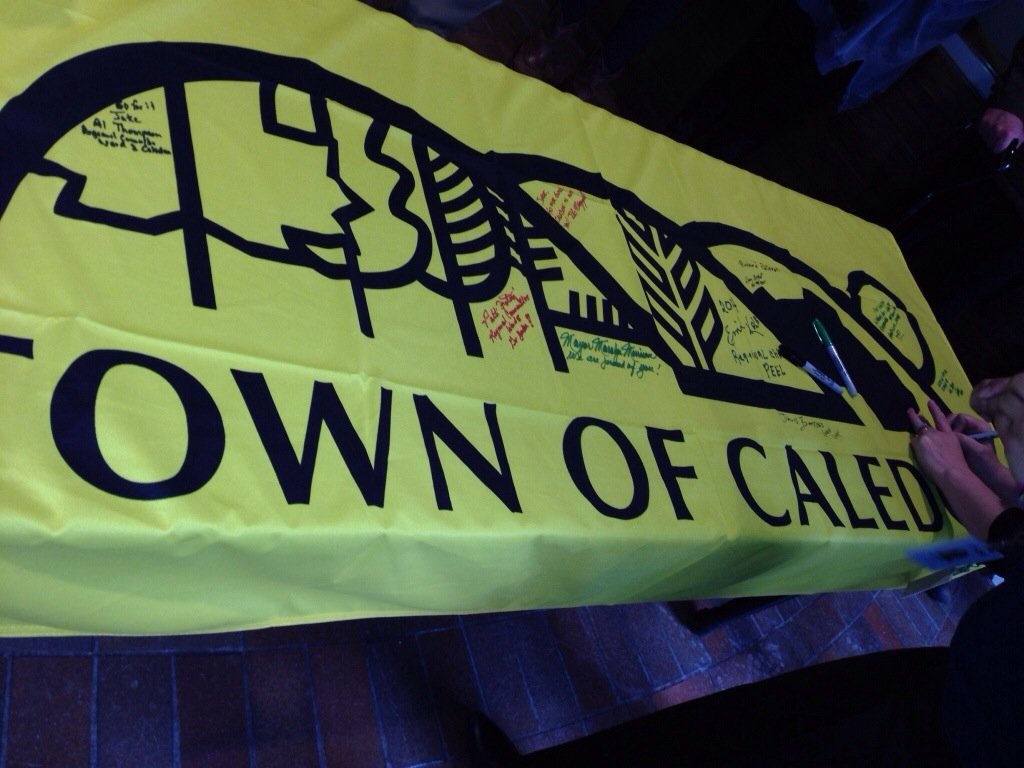 Caledon resident, Jake Holden, Olympic Snowboard Cross competitor is heading to the 2014 Olympic Games in Sochi, Russia! With three top twelve finishes and a World ranking of 17, Jake is reaching his peak leading up to the Winter Games.

Town Council and Staff signed the Town flag and presented it to Jake’s parents, Waldo and Renee Holden, at a celebration at Town Hall on Thursday, January 23.

“Recognizing our local athletes is such an honour,” said Mayor Marolyn Morrison. “Jake shows an outstanding level of commitment and competency in his sport and I hope you will join me in supporting Jake and his team members for an exciting, safe and memorable journey.”

Members of the public are encouraged to drop by and sign notes of encouragement to Jake as he sets out to represent Canada at the 2014 Olympic Games. The Town flag will be available for signing by Caledon residents and other supporters on Monday, January 27 and Tuesday, January 28 in the Town Hall Atrium at 6311 Old Church Road in Caledon East. Thereafter, the flag will make the rounds of his old high school, Caledon Ski Club (his home ski hill) and other locations throughout Caledon. 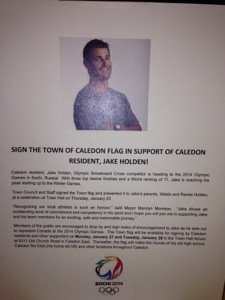