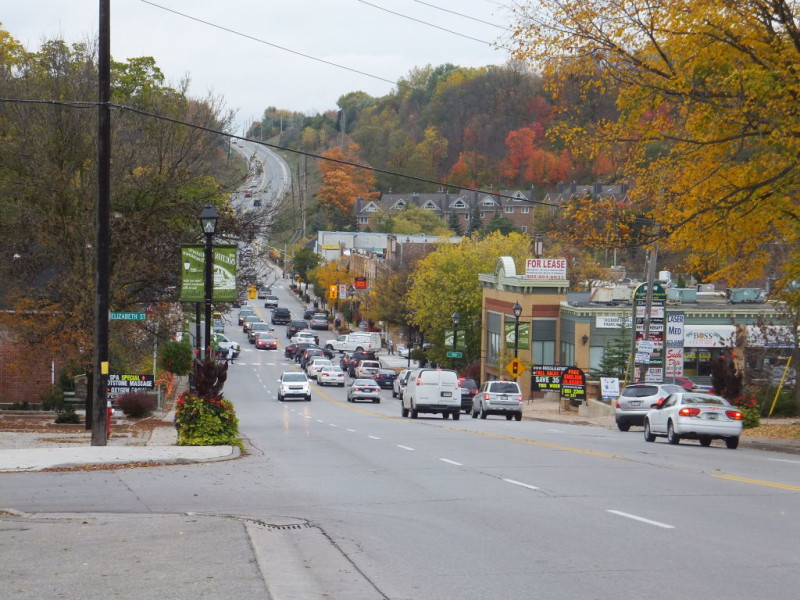 So just what is an HCD?

….and why should you care whether downtown Bolton has one?

A Heritage Conservation District (HCD) is a geographically-defined area within a municipality that is noted for its distinct heritage character. Through the adoption of a district plan, guidelines and policies a municipality gains the tools to guide future change and development.

It’s quite likely that you’ve visited an HCD area of a town or city and were unaware. For there are, last time I checked, 120 approved HCD’s in Ontario.

For example, have you been to Orangeville? Cookstown? Collingwood? Oakville? Kleinburg? Port Hope? Riverdale or Cabbagetown in Toronto? Niagara-on-the-Lake? Meadowvale Village? old Port Credit? Meaford? Port Perry? There are HCD’s within all of these.

In addition there are towns and cities in Ontario with multiples – 4 HCD’s in Oakville, 4 in Markham, 5 in London, 17 in Ottawa, 20 in Toronto – the full list, updated in June 2015 is at:
http://www.heritagetrust.on.ca/CorporateSite/media/oht/PDFs/HCD-Current-June-2015-ENG.pdf

And there are more proposed/pending approval. You’ll find that list here:
http://www.heritagetrust.on.ca/CorporateSite/media/oht/PDFs/HCD-Pending-Jun-2015-ENG.pdf

Look closely at that latter list and and you’ll see downtown Bolton. The final vote on the Bolton HCD is currently scheduled for the Dec 22nd Town of Caledon Council meeting.

Which means we are days away from potentially implementing a plan that will allow us to guide future changes to our downtown core. Changes to those streets that for years we have lined to watch the Santa Claus Parade, a thrilling Christmas tradition for kids of all ages.

Streets where, in years past, we’ve gathered for Midnight Madness, JazzFest, and an ice cream at Happy Days. These are streets where Olympic and Pan Am torches have passed, carried in Caledon hands, on Caledon feet, as Caledon, and the world, watched and cheered.

And, from June to October, we’ve met our neighbours as we relished in the season’s harvest and local crafts, at a fantastic Farmers’ Market. These Bolton valley streets and buildings and homes have become as much a part of our character and our community spirit as the events we celebrate on, in, and around, them.

Detractors fret about “increased bureaucracy” insisting that development permits may take longer with an HCD in place. Town staff have offered a straightforward solution that will see heritage and building permits run concurrently so as not to add to timelines. In fact, they make the case that having HCD guidelines will bring clarity to the process, making it run smoother.

Some opponents argue that property values in the HCD area may drop but to date offer no market value proof of this phenomenon. In fact HCD areas in other towns, such as Orangeville, Kleinburg, Oakville, Meadowvale, Port Hope, and others, appear to have great pride of ownership and a distinctive draw as a unique shopping experience, attributes that one would imagine would increase property value.

Last week I visited long-time Bolton valley resident Valerie Mackie. Ms. Mackie was concerned with a suggestion that “some of the core, particularly businesses, were not in favour of the HCD”. She took to the streets, petition in hand, looking to gauge if support was indeed there. At last count she had not only 40+ supporting signatures from residents in the core, 4 of those housed businesses. And, in addition, she obtained 23 supporting signatures from valley business-owners, 9 of which owned the commercial building as well.

An HCD for the downtown core would mean policies that value the rich history of this oldest part of Bolton. It means a vision that would allow us and future generations to still recognize this special place when we next passed through. Next month, next year, next decade.

Will Council see the value in that?