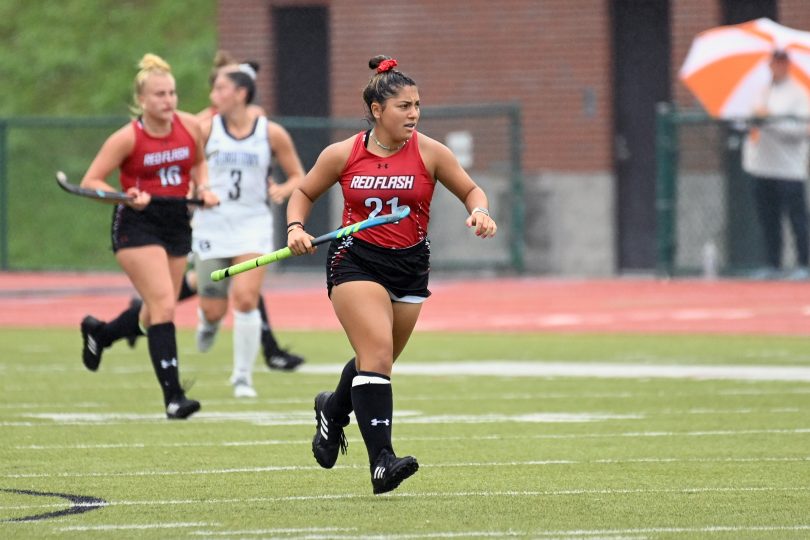 Francesca Primomo was two years old when her parents took her to Cirque du Soleil’s Algeria. Ironically the singer’s name was Francesca, and the littlest Primomo was mesmerized. In fact, her parents fondly remember her saying she wanted to join Cirque as an acrobat.

And so it was at the age of three that the determined child started gymnastics. She continued until age twelve, competing from age seven forward. During that time, she briefly played soccer and tennis. 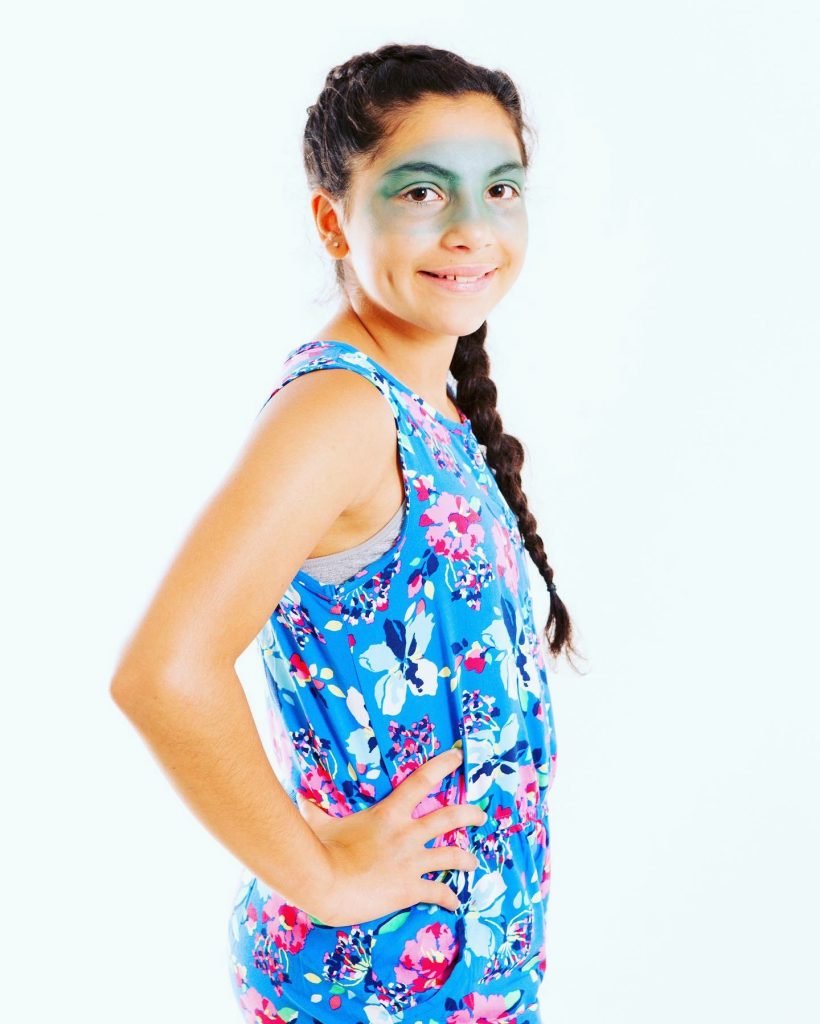 In 2015 Francesca came full circle and auditioned for the Opening Ceremony for the Pan AM Games with Cirque du Soleil. After being accepted, she pushed hard for months to learn the routines.

“Once the day came, I was more excited than nervous. This was unlike me since I would have to perform in front of millions of people, but I did it! All the hard work, learning and dedication were worth it and taught me so much. It was a once-in-a-lifetime opportunity, and I am grateful I got a chance to do it,” says the former student of Bolton’s St John Paul II and St. Mike’s, with obvious pride.

It was incidents of body-shaming by a coach that drove her away from gymnastics. Always interested in sports; however, it wasn’t long before the strong-willed young teen found herself playing ice hockey. It brought her joy for the next three years, and then one day, she felt the urge to try field hockey.

“I automatically fell in love with the sport,” Francesca declares. At this point in time, she was in grade 9 at St. Mike’s. The rest, as they say, is history. The talented athlete went on to university in the United States on a scholarship playing on a Division 1 team. 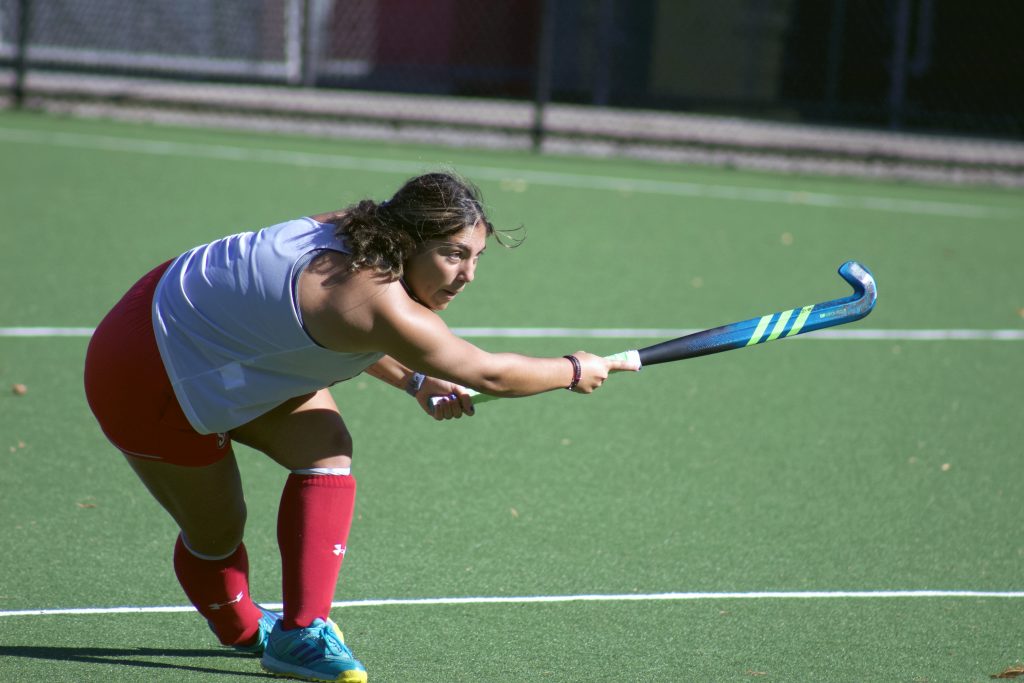 Francesca played Centre Forward or Centre Midfield for the varsity high school team. For Club, she played Right Forward. She is currently attending Saint Francis University in Loretto, Pennsylvania, where she earned both Academic and Athletic Scholarships and plays Forward for her team. Her jersey is number 21, “for my great friend Noah who has down syndrome, and for down syndrome awareness.”

The humble player is quick to give credit to her coaches.

“I had three most amazing coaches during high school. First, Mrs. Esposito, who had played field hockey as a goalie at the University of Guelph and played on the Junior National Field Hockey Team, went on to play in Venezuela for the Junior Pan Am Games in 1992. She was my coach in grade 9 and helped me realize my love for field hockey. Mrs. Esposito still supports me and motivates me in all I do. Second, Mrs. DellaMea and Mr. Lo Monaco coached the team for my remaining years in high school. Those years were so much fun. We would win some and lose some, but we always worked together as a team. In my grade 12 year, we finally beat Humberview!”

“In Club, coach Eddie (GOA Reds) pushed me very hard. He helped me become a good player and then pushed me even harder to become a great player. Eddie showed me how to use my speed in my position and taught me many useful skills for the field and some great life skills too. He treats his Club like a university team, so I was very prepared mentally with what to expect at the D1 level,” Francesca explains.

She continues, “Playing at Saint Francis is honestly the best decision I have made. Betta Ceretta is our head coach and has the biggest love and passion for her Red Flash Field hockey team. She pushes us every day to work our hardest in hockey. Betta’s tireless efforts, dedication, passion, drive, and commitment to the team always pays off; this season, we made it to the NEC conference tournament.” 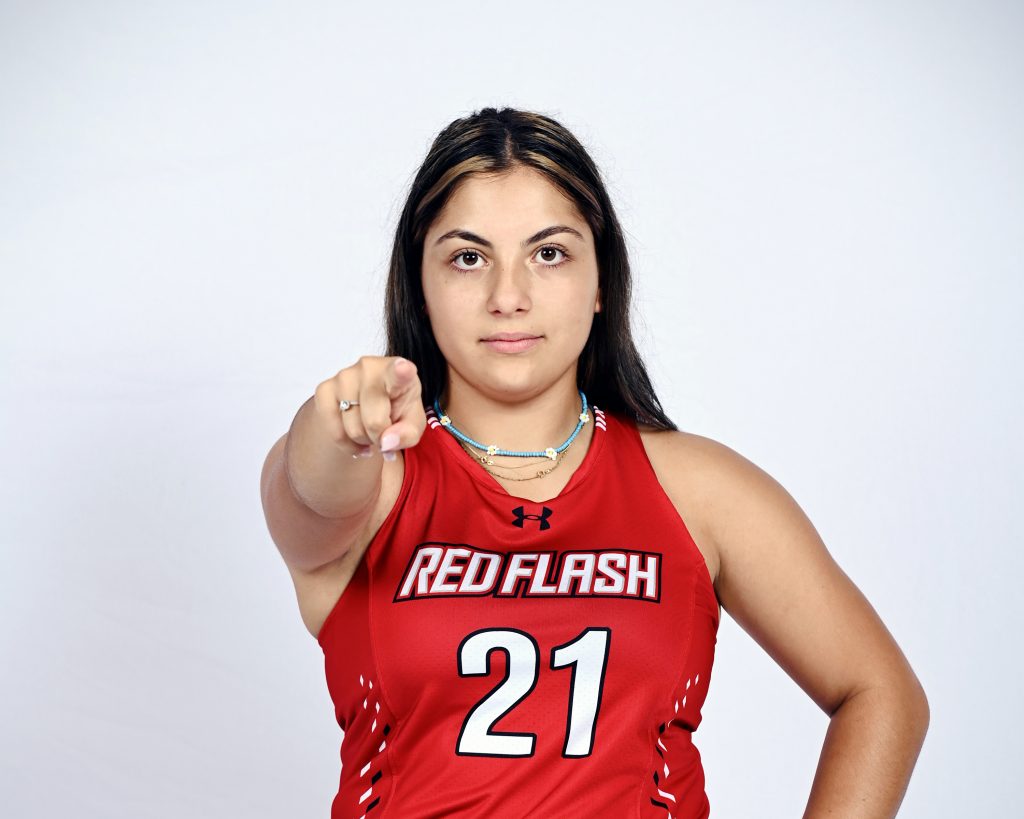 “My team is like a big family. I know many people say that a lot when it comes to their team, but we are so close and love each other, push each other, and will do anything for each other. Being so close is what helps us succeed so much on and off the field. As an individual player, I have grown since attending SFU. I have become more confident, gained greater hockey IQ, and picked up the pace of the game. The school itself is small, which is super helpful to my education. Class sizes are up to 25 students; professors know all their students by name and are accommodating when it comes to their athletes since we travel so much in season. Attending SFU for the past three years has been the best three years of my life. I can’t wait to see what comes for me in the next year with my second family.”

Francesca says she is extremely honoured and excited to be on the Canadian Junior Women’s National Field Hockey squad.

Francesca says about being on the Junior National Team, “It takes diligence, dedication, and time management. On top of the training I do with SFU, I have to complete a workout packet that I follow daily for Team Canada, which includes a lot of running to keep up my speed and endurance. In addition, I try to take advantage of the nicer days in Pennsylvania by going to the field to work on stick and ball skills as much as possible. Finally, I try to keep my body healthy by eating the right foods to fuel it.”

As an athlete, Francesca feels her best strengths on the field are her speed, quick thinking, and ability to get a shot off on a goal as much as possible. She also has an excellent drive to attack the net and is always very hungry for a goal. She says she loves the game’s fast pace and celebrating as a team when someone scores a goal. “Taking the moment to run to the teammate that scores and jump altogether to give them a hug and celebrate their success and the team’s success too!”

The international hockey journey is a long and winding road with training, camps, equipment, and so on that are very costly for athletes to stay committed and continue to push. As a result, Field Hockey Canada created Adopt an Athlete to help raise funds to support athletes involved in Field Hockey Canada’s national teams and programs.

“Field Hockey Canada is largely self-funded, and as a D1 student-athlete, and now a Canadian athlete, it is tough to pay for everything myself. However, anything helps; no donation is too small,” says Francesca.

If you would like to help this inspiring and dedicated Canadian athlete from Caledon with a donation of any size. In that case, you will find her fundraising page here. 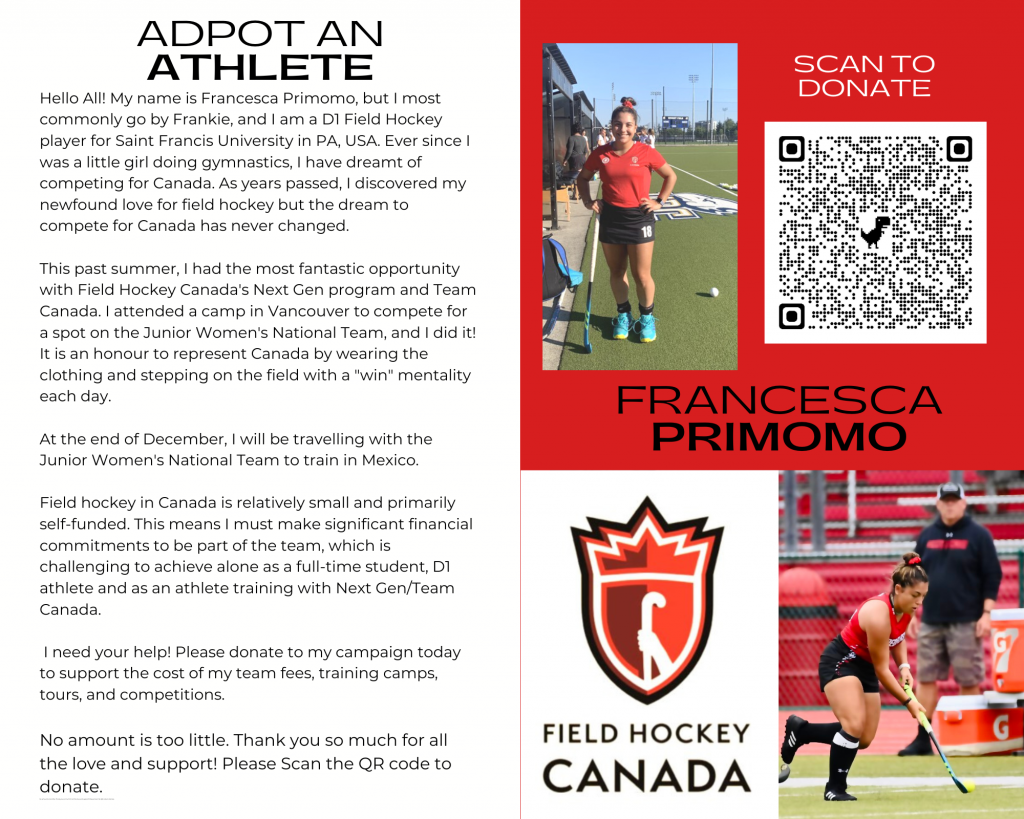