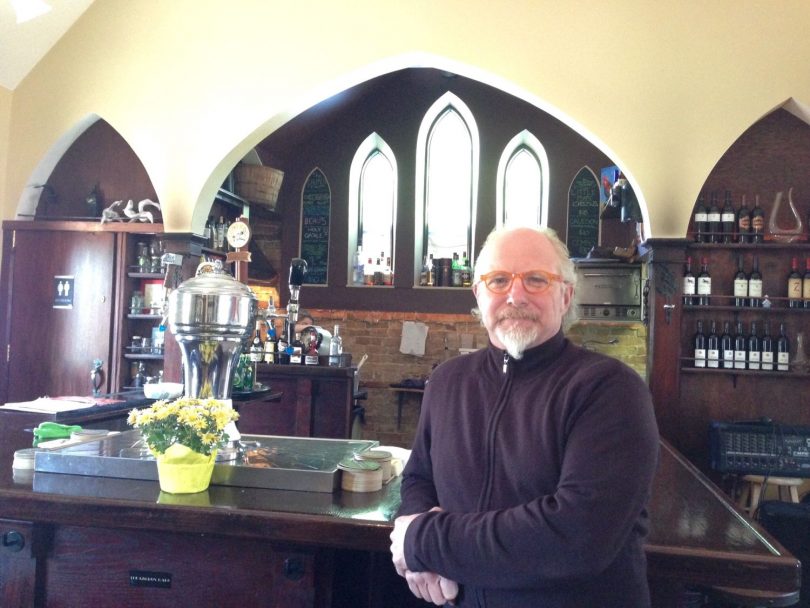 It puts a whole new perspective on going to church. Rather than sermons, psalms and hymns, you’ll find a memorable culinary experience, in a unique historic setting, served up with a lovely glass of wine or one of an impressive selection of craft beers.

It’s The Church Public Inn and it is nestled in the little village of Palgrave just minutes north of Bolton. Formerly St Alban’s Church, built in 1865, the quaint little building is a meeting place once again, and this time around the focus is food. Real food. Made from scratch. And with an emphasis on local ingredients. 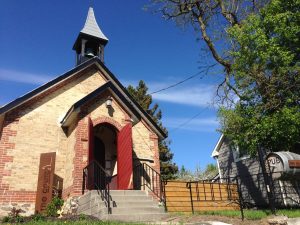 Publican Terry Cutts admits to “a strong penchant for fine dining and beverage as opposed to tennis or golf”. His first introduction into haute cuisine surfaced during his involvement in the mid-nineties with a culinary team from George Brown that competed in The Taste of Canada and went on to win the right to represent Canada in the 2000 Culinary Olympics in Erfurt, Germany where the team won Gold.

Turning what used to be a weekend destination into a place of residence Terry moved to Caledon from Toronto 15 years ago with the purchase of a “great house on Humber Station Road”. Now a Caledon resident Terry would pass the Church site “every time I went to the store for milk. And the building really inspired me”. 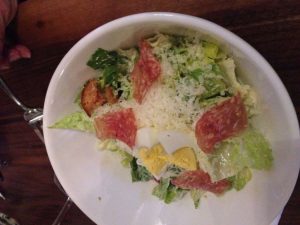 “Then one day in 2011, when I was feeling financially secure, I put a note on the door for Gordon Barr who owned the property at the time. It basically read “If you don’t want change this place into a restaurant or pub I will” he laughs. As it turns out Barr was on a walk-about in Africa but did contact Terry when he returned. Within a day or two of discussions the two men agreed and the sale became reality.

That was May 2011 and by March 2012 Terry had moved in. And an unstoppable journey to convert the space to The Church Public Inn began. The doors to the Inn opened on Sept 1 2014. 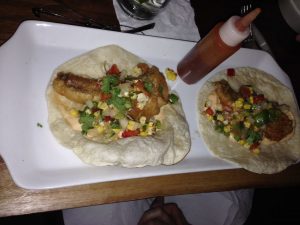 In this charming eatery for roughly 40 hungry diners you’ll find a menu that changes almost weekly. To serve local food one must be in tune with the local harvest.

Many of the veggies served at the Inn are grown in their 2 plots at Caledon’s Albion Hills Community Farm. They purchase fresh dairy from Sheldon Creek Dairy (Loretto) as well as fabulous cheese from Woolwich Dairy (Orangeville).

And that tasty line-up of craft beers includes Beau’s from VanLeek Hill, King from Nobleton and StoneHammer from Guelph.

Terry and his love and partner Clarise Chauvin have created a unique dining experience in this lovely Caledon hamlet. This summer they added an outdoor patio. From Cardini Salad to Fish Tacos to Maple Brussel Sprouts to Lamb Loin Ratatouille to Chicken Marsala and more this is a menu that will tempt you! 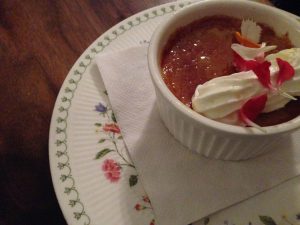 Asked about Clarise Terry smiles “She is the brains and face of this operation; I’m just the guy with the hammer”.