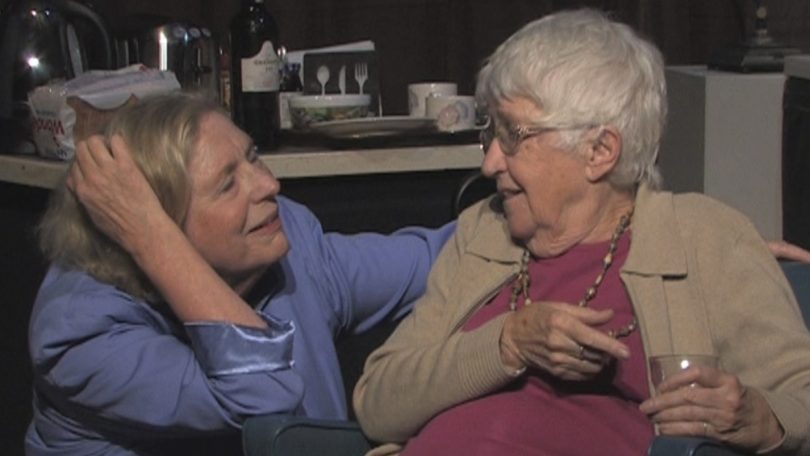 theatre, art, music and poetry explore the challenges of aging

“I am perfectly capable and independent… Here, help me up.” says the character of Anne in Assisted Living, a one-act play written by psychiatrist David Laing Dawson. The play, directed by Mickle Macaulay, explores the challenges of aging through the relationship between a fiercely independent mother and her protective daughter.

Anne (played by Liz Inman), an aging thespian and English teacher, now in her mid-eighties and recently widowed, is determined to maintain her independence and stay in the house she shared with her husband. Her daughter Katherine (played by Jo Skilton) arrives with a determination to help, organize, be sensible and plan for the future, only to find her drug addicted brother has been there before her.

“This complex play explores issues of identity, ability, dependency, addiction, the roles of men and women, and the often painful reality of parent/child relationships.” says Macaulay. “The play, working its way through the intricacies of one family’s angst, ultimately moves towards recognition and acceptance.”

Eighty-four-year old actress, Liz Inman started her acting career at the age of eleven, cast as Brutus in Shakespeare’s Julius Caesar. She has appeared in numerous productions, and is a retired faculty member of the School of Art, Drama and Music of McMaster University. Jo Skilton, a retired social worker, is well known to theatre audiences in the GTA, having an acting career spanning more than thirty-five years. She has appeared in many professional and community theatre productions, and last appeared in Theatre Aquarius’ And Then There Were None. Also appearing is local author and Caledon Town Crier Andrew Welch, who has over a hundred theatre credits to his name, and most recently directed Theatre Orangeville’s Young Company.

“The power of the play”, says Macaulay, “comes from the fact that we can all relate to the emotions that run through the writing, and my job as director is to harness these passions through the work of these immensely talented performers.”

Concurrent with the play will be an art show exploring the reality of aging, including photography by Peter Herlihy, paintings by Jill Pringle, Kathleen Davies, and Darlene Hassall, live music with Lillan Rosendal and Freda Wrench, Steve Slutsky (Sunday only), and poetry by Harry Posner.