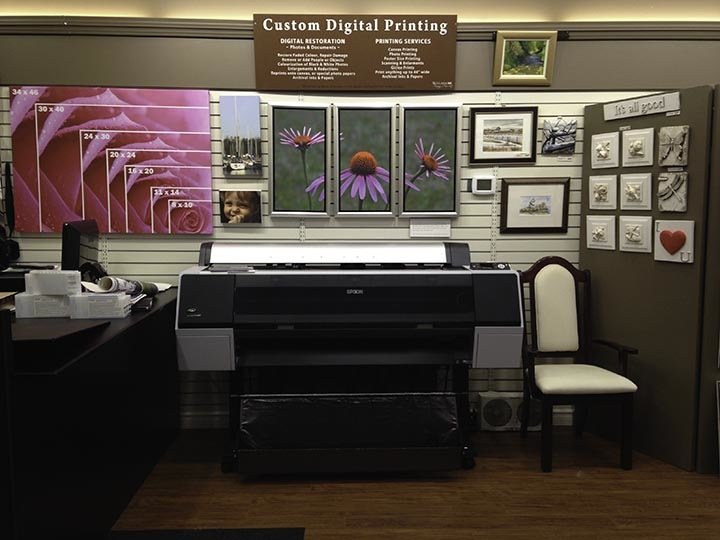 The story of Skylark Framing and Fine Art

A picture is worth a thousand words. And there is so much you can do with a great picture. Memories captured forever on a canvas, or custom framed, make a heartfelt and lasting gift at any time.

With Christmas Day just 4 weeks away I decided to interview Dianne Olchowy at Skylark Framing and Fine Art in Bolton. Over the years Dianne has printed a number of my photos onto canvas, drawing wonderful feedback comparing the art pieces to paintings. 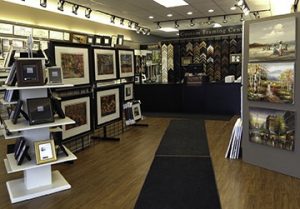 Dianne initially started her business from home in 1999 working at her craft part-time for the first 3 years. Then one day her mentor, Dr. Kenneth George Mills, asked how business was going. Dianne responded that it was going well and that she had been considering opening a store. Dr. Mills challenged her to make it happen saying that if she found a place he would help her get it started.

After a few months of searching for the right location Skylark Framing opened for business in October 2004. “I sent him a bouquet of roses as a thank you for his support and encouragement and the on the same day I received a bouquet from him congratulating me on the Opening. Very sadly he passed away the following week.” 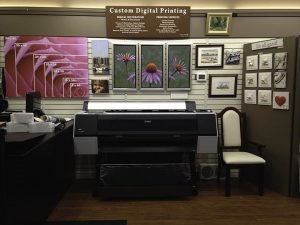 Dedicated to putting an emphasis on quality work and materials Dianne’s business grew quickly. Within a couple of years she needed more space and had made the decision that facing a main street like Queen would be advantageous. In 2010 she moved into a larger space nearby at 308 Queen Street south.

Dianne prides herself on being a member of the Professional Picture Framers Association, which sets a standard for the industry, and has taken numerous courses on all kinds of specialty framing. While the bulk of her business is custom picture framing Dianne also carries an array of ready-made frames, home décor, and original art. She does digital printing as well, such as enlargements and photo restoration. 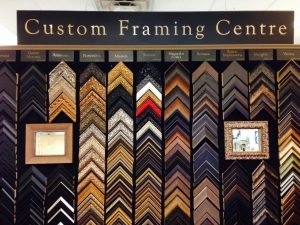 From an early interest in art and a career as a Cartographer (map-maker), which combines art and design with technical skills, Dianne has morphed into the owner of her own business doing something she loves and excels at. Her transition was facilitated many years ago when she was accepted into a Self Employment Assistance Program. During that program she had to write a business plan and, in addition, received months of training by other entrepreneurs in all aspects of running a business. She feels this gave her the good foundation she needed to be successful doing what she is passionate about. Dianne lives in Caledon with her husband and cats. 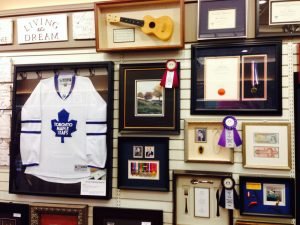 Visit Skylark Framing at Fine Art at 308 Queen Street south in Bolton or the website at SkylarkFraming.com