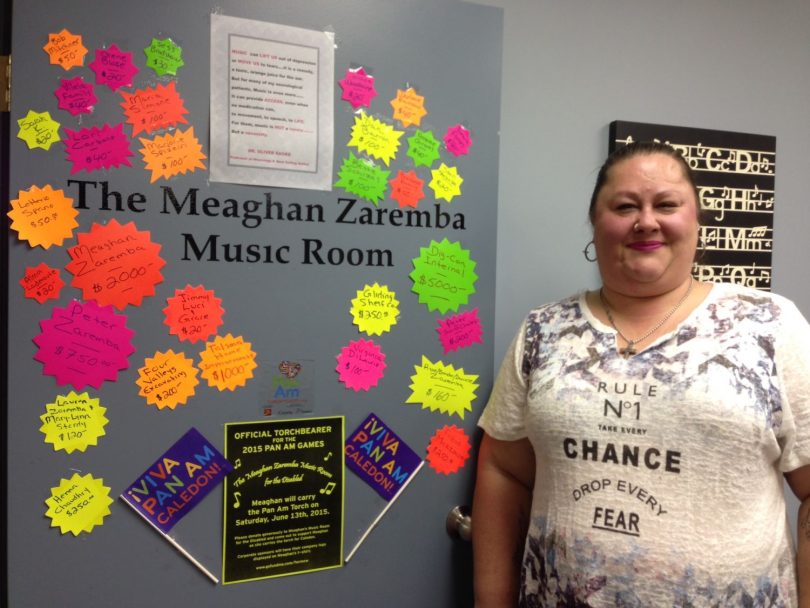 It was a parent’s worst nightmare.

In September 1986 life changed on a dime for the Zaremba family. Danielle Zaremba’s husband was driving. Their daughter, 5-year old Meaghan, and her two brothers Ryan and Brendan were in the vehicle, along with a family friend.

The friend did not survive the crash. The boys and dad were relatively unscathed. Meaghan suffered a crushed skull as well as a broken jaw and arm.

That night at Sick Kid’s Hospital she underwent an 11-hour surgery. Two weeks later she developed an infection and had to undergo another surgery to remove a portion of her left frontal lobe.

“I defied the doctors and wouldn’t pull the plug” says Danielle. “They said she would be like a vegetable and that she would never walk again. Three months later when we took her home from the hospital she walked out the door – brain-injured, challenged, but very much alive, and walking”.

And Meaghan has come a very long way. Speaking with Meaghan, now a young woman in her thirties, she is genuine, engaged, and persistent. Just like her tatoo reads “Never Give Up”.

A few years ago Meaghan and her mom took a once-in-a-lifetime trip to Hollywood, to perform together for a lyricist and music producer, their song “I am more than strength”. The experience compelled Meaghan to look at how much of the darkness of her terrifying ordeal and long arduous recovery, had been replaced with light, because of music.

And out of those thoughts came the idea for Meaghan’s Room. “I have been a student at Tisho’s Music Academy for over 17 years now”, says Meaghan. And it has helped me so much. To me music feeds the mind. I don’t want anyone, due to disability or income, to be unable to receive music instruction if that is their heart’s desire”.

Mary and Tisho Balinov have been completely receptive to Meaghan’s wish to enable others. In fact they have even put in a lift to accommodate folks with wheelchairs in addition to providing instruments and music sessions. 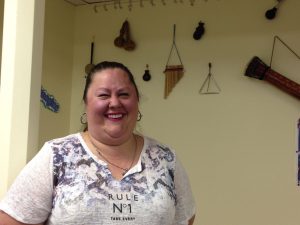 And community support is growing. The family reports that Dig-Con International has donated $ 5,000, Argo Development Corp donated $ 2,500, and Bolton Zehrs donated a flat screen TV/DVD player and funded a BBQ fundraiser. Meaghan herself donated $2,000. Other community members are starting to chip in.

Speaking about the $100,000 estimate needed to fund the project Meaghan, who was recently honoured as a Pan Am Games Torchbearer, puts it into simple terms “That’s only 5000 people donating $20 each. Remember the ice bucket challenge? Anything is possible. If everyone that reads my story donates $20, we can raise $100,000”

If you wish to speak with Meaghan about the Meaghan Zaremba Music Room, or arrange to make a donation, contact her at meaghanzaremba1981@gmail.com